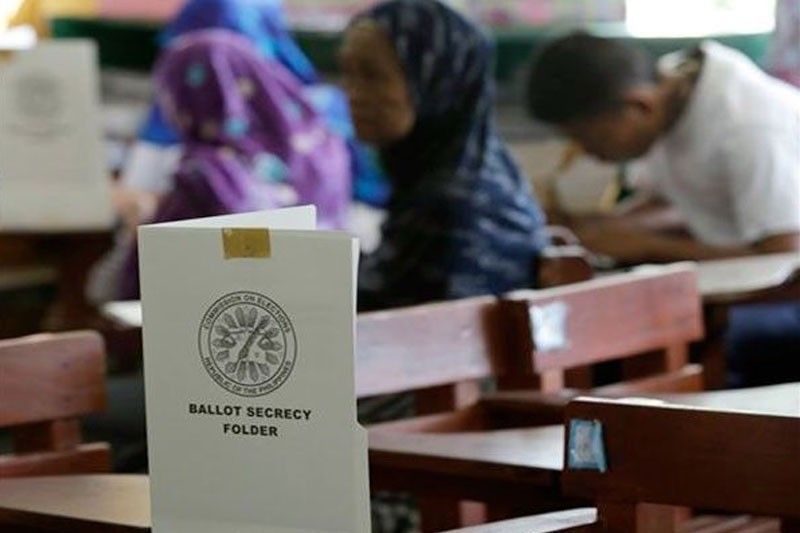 MANILA, Philippines — The Commission on Elections (Comelec) is considering online voting for overseas Filipinos in the May 2022 presidential polls, an official said.

The poll body is planning to get potential information technology providers of online voting systems to showcase their technology in the next few weeks, Comelec spokesman James Jimenez told the “The Chiefs” on Cignal TV’s OneNews last Thursday night.

“We are looking at that and over the next few weeks, we’ll be fielding demonstrations from various potential providers. I think the round of presentation will start sometime next week,” he noted.

Jimenez clarified the idea of having online voting is “for overseas absentee voting (OAV) only so far.”

According to Jimenez, the problem for OAV is the low turn out of voters since many overseas Filipinos could not go to their assigned polling place to vote.

Currently, there are only two types of voting allowed for Filipinos abroad – postal voting and personal voting which can be done manually or through automated election system or a combination of both in a particular Philippine post abroad.

In postal voting, ballots are mailed to an overseas voter who must return the ballot also by mail.

On the other hand, in personal voting, a voter goes to a Philippine post to personally cast a vote manually or through a voting machine.

Data show for the May 2019 mid-term polls, there were 63.5 million registered voters, including 1.8 million overseas voters.

OAV registered a voters’ turnout of only 40 percent against the national average of 75 percent.

Senate President Vicente Sotto III expressed hope that the Senate could tackle the hybrid election bill that seeks to include both manual counting and automated transmission of the results during the last quarter of this year so the Comelec could implement it in the 2022 presidential polls.

He said Comelec has declared that unless the hybrid election law is passed in January 2021, the poll body will not be able to implement it for the 2022 national elections.

Sotto said he and Sen. Cynthia Villar filed in July 2019 Senate Bill 7 or an act providing for the conduct of hybrid national, local and ARMM (Autonomous Region in Muslim Mindanao) elections, through manual voting and counting at the precinct level but automated transmission and canvassing.

“But what the Comelec is saying now, if we do not pass it by January of 2021, they will not be able to go hybrid for 2022 because as of now they are preparing for 2022. So our committee on electoral reforms has held committee hearings, we will just have to see if we will be able to include it in this last quarter,” Sotto said.

Comelec spokesman Jimenez said the country will use vote-counting machines (VCMs) in the May 2022 national and local polls.

“Definitely, now it’s for sure that we are going to use the old machines. We’re gonna use the machines that we used in 2016 and re-used in 2019,” he said, as he assured the public the machines will be “refurbished.”

Sotto said based on the national expenditure programs (NEP), the Comelec has a P14.21-billion budget for 2021, including the P10 billion allocated for the preparatory national and local elections, overseas voting and continuing registration, and conduct of recall elections.

“It (budget) also includes the P14 billion for renting of vote-counting machines, for printing, distribution, for supplies for the 2022 elections. We allotted budget for that,” he said.

“Right now, I think the Comelec is considering a longer period for voting, they see two to three days so as not to have a problem with the pandemic if the pandemic is not contained at that time. And then probably they will require an additional P1 billion for salaries of teachers on election duty,” Sotto said.

He said there were countries that implemented automated elections but later decided to go back to manual. “If I’m not mistaken, I think it’s Germany.”

“There are some countries that do that. It can really be hybrid because the transmittal takes longer. Actual voting did not take long. Those in the barangay elections, elected today, tonight we know who won, that is manual. The collection of ballot boxes takes longer from the municipality fro canvassing, then at the provincial level, to the Comelec. The ‘magic’ happens on the way. Automation seems to be good, although automation also seems to have magic,” he said.

“But when we combined, the manual voting, the teachers counted, the ballots were entered, when transmittal, the following day everything was transmitted if automated,” Sotto explained. — Cecille Suerte Felipe