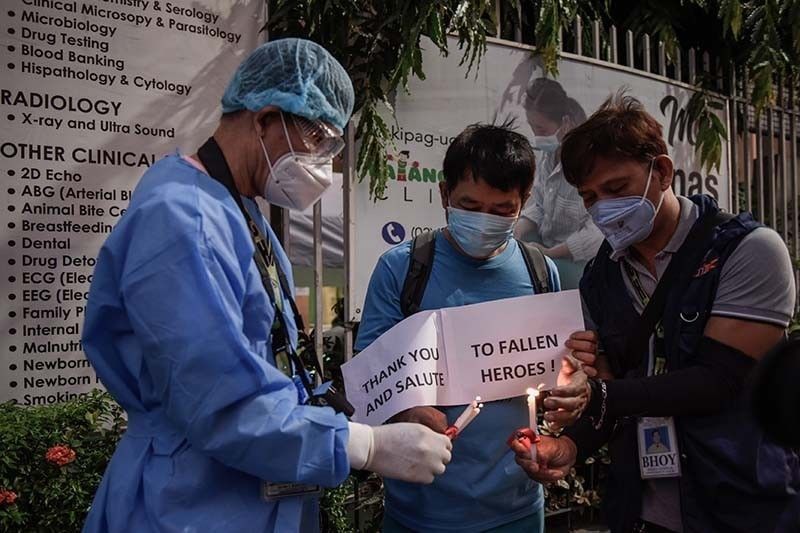 MANILA, Philippines — The Department of Health is hoping that the investigation into the alleged shortcomings of its five officials by the Office of the Ombudsman will be resolved soon as they play crucial roles in the government’s coronavirus response.

These officials were allegedly responsible for the delay in releasing benefits to health workers in the frontlines of the country’s battle against COVID-19.

While the DOH welcomes investigations and vows to abide by the process of the government, the agency is hoping that the issue against the officials will be resolved soon, Undersecretary Maria Rosario Vergeire said.

“Our only wish is for the speedy resolution of this issue so that our officials can return to work because in this time of pandemic, we really need our people. And these five people are playing critical roles in our response to this pandemic,” Vergeire said in a briefing Wednesday.

The five officials were suspended to prevent them from influencing the probe into their alleged gross neglect of duty and incompetence.

“We are supporting our five officials. These officials have been with us for decades already. They have given their sacrifice and commitment. Integrity-wise, they can be trusted,” Vergeire added.

In June, Martires opened an investigation into alleged irregularities and anomalies at the DOH in responding to the COVID-19 crisis. The probe will look into the delayed procurement of personal gear, lapses that led to deaths of health workers and the inaction on the release of benefits and financial assistance to affected medical frontliners.

The House committees of public accounts, and on good government and public accountability approved a report Tuesday that recommended the filing of criminal charges against DOH Secretary Francisco Duque III and former PhilHealth president and CEO Ricardo Morales over the implementation of the now-suspended Interim Reimbursement Mechanism. — Gaea Katreena Cabico