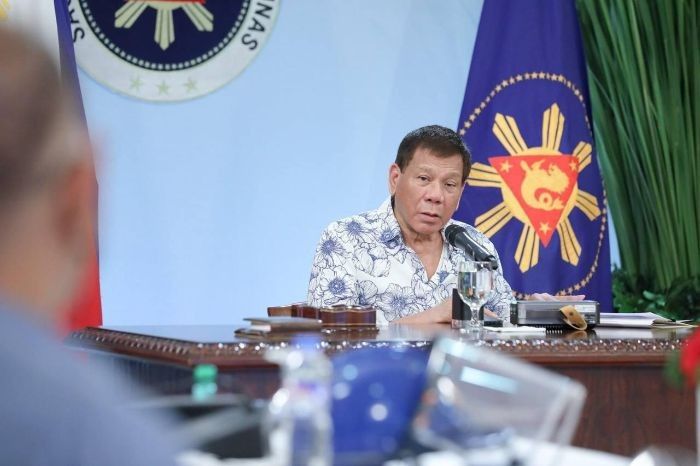 MANILA, Philippines — President Rodrigo Duterte on Wednesday night defended his government’s decision to buy 25 million doses of a Chinese-made vaccine with an uncertain efficacy rate, telling the public that he would take full responsibility for any blunders in the national vaccination program.

Earlier that day, two senators raised concerns over the country’s purchase of China’s Sinovac jabs which were shown to be 50.4% effective in Brazil, passing global health authorities’ benchmark of 50% to 60% efficacy for coronavirus vaccines by a very slim margin.

But Duterte, who has consistently fostered close ties with Beijing, defended the Chinese-made vaccine during a pre-recorded address aired late Wednesday night. “These Sinopharm and Sinovac [jabs]— [China] used it to vaccinated almost all of their [citizens.] So their life is normal now,” he said in Filipino.

He also defended his vaccine czar Carlito Galvez Jr., who spent the better part of Wednesday afternoon seeking to allay fears that the Sinovac vaccine is less efficacious and significantly more expensive than other doses on the market.

“For me, what Secretary Galvez has chosen would bind me. It’s as if it was me who bought the vaccine. So I will not buy the wrong vaccine,” Duterte said in Filipino.

Duterte also reiterated his confidence in his Health Secretary Francisco Duque III, recently accused by senators and other top officials of botching an acquisition deal with Pfizer for 10 million doses of its vaccine.

“It is certain that what is said by the two of them, Secretary Duque and Secretary Galvez, seems to be as good as my word, too. I myself. I guarantee you that they chose better [vaccines], believe me. Believe me,” the president insisted in a mix of Filipino and English.

But what vaccine will Duterte be taking?

Although he insisted Wednesday night that the Chinese-made vaccines are as good as those made in the US and Europe, Duterte will also have the option to be inoculated with a vaccine made by the Gamaleya Research Institute, part of Russia’s Ministry of Health. According to Gamaleya, its vaccine, Sputnik V, has an efficacy of 91.4%.

As early as August last year, Duterte offered to join clinical trials and be the first to be vaccinated with Russia’s vaccine but this was soon walked back by his spokesman Harry Roque who said the earliest the president could be vaccinated was May 1, 2021, after the Sputnik V received FDA approval.

On Monday, Roque said Duterte was hoping to take both a Russian-made and a Chinese-made vaccine but was told to choose between the two.

If he changes his mind about only taking a vaccine from Russia or China, he may also have the option of taking a Pfizer jab, with an efficacy rate of 95%, which Galvez said could be the first to arrive in the country through the COVAX facility, a platform set up to ensure that those in greatest need have access to COVID-19 vaccines, on February.

In contrast, Roque and Cabinet Secretary Karlo Nograles told the public this week that they will not be able to choose which brand of vaccine to receive from the government even as a recent Pulse Asia survey bore out that 47% of Filipinos are not willing to be vaccinated, mostly due to safety concerns. He also told them not to be choosy, a statement that was widely rebuked by lawmakers and Filipinos online.

“We can’t be choosy but the president is still choosing between Russian and Chinese vaccines. The Filipino people should be free to choose too. This is [about] our health,” Sen. Risa Hontiveros said in Filipino on Tuesday.