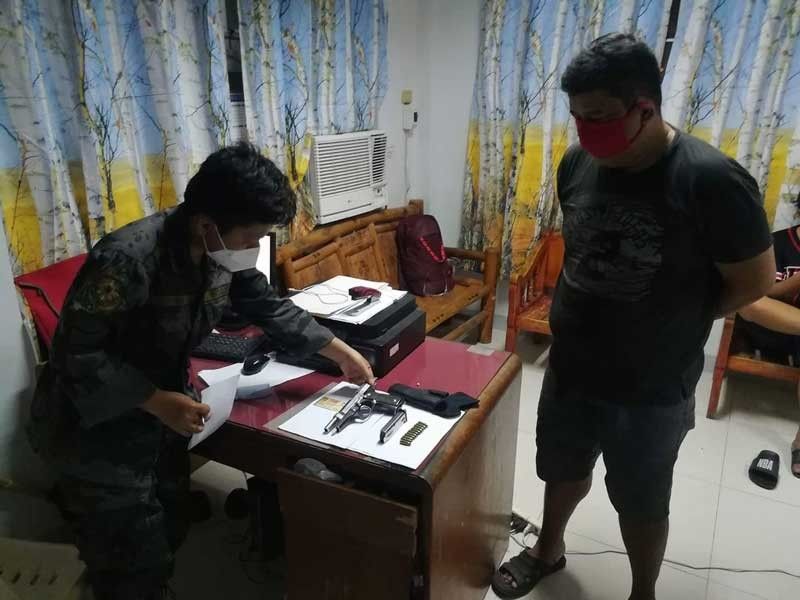 Duterte: Tarlac killings not part of how cops should do their jobs

MANILA, Philippines — The killings in Tarlac by Police SMSgt. Jonel Nuezca are not covered by President Rodrigo Duterte’s promise to back the police against legal cases related to their jobs, he said Monday night as he told the Philippine National Police to make sure the detained cop remains in detention.

Speaking at a televised portion of Monday meeting of the anti-coronavirus task force, Duterte acknowledged that police officers sometimes use their authority even in private disputes like the one between Nuezca and the Gregorio family, two members of whom the policeman was caught on video shooting in the head.

“Ang akin dito ulitin ko: Do your duty enforce the law. Your actions must be in accordance with the law. You do not follow the law, mag-salvage ka, magpatay ka diyan (if you kill people), then I’m sorry, that is not part of the agreement of how we should do our work,” Duterte said.

The PNP, the Department of the Interior and Local Government, and the president’s spokesman earlier Monday condemned Nuezca’s killing of 52-year-old Sonya Gregorio and of her son Frank Anthony Gregorio, 25. They also labeled the killings as isolated, saying these should not reflect on the police force, which has had to deal with other incidents like the death of a former soldier at a quarantine checkpoint earlier in the year.

Duterte said he holds the police as well as the military in high regard but said that there some who are “sick” like Nuezca.

“And I am sure that by now, he should not be allowed to go out because double murder ‘yon eh. Double murder is a serious offense, a grave offense. So from the time you are arrested up to the time that you are haled to court to answer for the death of those two persons, innocent ones, walang bail ka. So ‘pag nahuli ka, diretso-diretso na ‘yan. And I don’t think that you can escape the rigors of justice because nakuha sa TV pati ako napanganga. Kawala walang kwenta,” he said.

He also acknowledged that “usually the police tend to exhibit your authority even in matters not connected with police work” like personal disputes.

(Many of those police officers, they also beat their spouses. So, if you are married to a police officer who is beating you, just go to Malacañan and I’ll call the police and I’ll beat him up in front of you so they’ll file a case and I’ll dump them in the Pasig River.)

Nuezca, who surrendered to police in Pangasinan province, was indicted on two counts of murder on Monday and is also facing administrative cases, Interior Secretary Eduardo Año said at the same meeting. Nuezca is in the custody of Paniqui, Tarlac police and Año said the PNP will make sure that he will be held accountable for the killings.

Despite official statements labeling the killings as an isolated incident, they have prompted protests over the alleged impunity that the police allegedly enjoy amid statements from Duterte and other government officials backing them in deaths related to law enforcement operations.

READ: ‘Isolated incident’: Despite Tarlac killings, no policy changes in PNP ahead