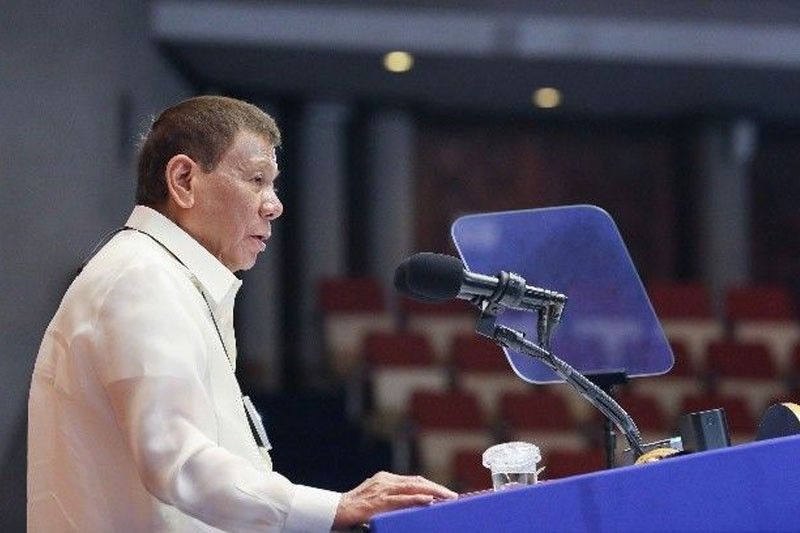 MANILA, Philippines — President Duterte has ordered security forces to “keep quiet” if they do not have evidence that a person or a group has ties with communist rebels and to continue with their surveillance activities without fanfare.

Presidential spokesman Harry Roque said Duterte had relayed his instruction to the military and the police through Defense Secretary Delfin Lorenzana.

Lorenzana had met with Armed Forces Southern Luzon Command chief Lt. Gen. Antonio Parlade, whose recent statements on militant groups and outspoken female celebrities have been criticized as red-tagging and had stirred controversy.

Parlade was denounced by various sectors over his veiled threats against actresses Liza Soberano and Angel Locsin, as well as Miss Universe 2018 Catriona Gray, who have supported militant party-list group Gabriela that had been advocating women’s rights and was tagged by the military as a communist front.

“The President has spoken through Secretary Delfin Lorenzana when he warned both police and military authorities to be careful in red-tagging.

In fact, the suggestion of Secretary Lorenzana is no need to publicize who are the suspected communists. Just do their job without publicity,” Roque said at a press briefing yesterday.

“Keep quiet. That’s the policy relayed by Secretary Lorenzana, which he made for and on behalf of the President,” he added.

Security forces, however, were also advised to file criminal cases if they found evidence of wrongdoing.

“Secretary Lorenzana said do not resort to red-tagging if you do not have enough evidence… If you have suspicions, proceed with your surveillance and if you have evidence then file the appropriate criminal complaint,” Roque said.

In a statement issued last Sunday, Lorenzana said he had told Parlade that associating with groups like Gabriela does not mean that the person advocates or supports their ideology.

“Therefore it is our duty to forewarn them lest they fall into a trap,” Lorenzana said.

“Meantime, I directed General Parlade to continue what he is doing with some caveats so as not to unnecessarily include or accuse innocent people who are well meaning and want to do good things for others,” he added.

Interior Secretary Eduardo Año yesterday said celebrities and prominent people advocating for causes should be able to express themselves without being marked as terrorists.

“They’re fighting issues for women, for certain sectors but it doesn’t mean they are already terrorists. Let’s let them express themselves freely,” Año, a retired general, said in a radio interview.

Año, however, said Parlade was merely warning them that some organizations were being used to recruit members for the communist movement.

“Activism is OK. We have no problems with that. We need that for the change and improvement of government services,” he added. – Edu Punay, Neil Jayson Servallos

Final stretch, folks. Trump only has days left, but what exactly does that mean re: COVID, violence, etc? So we gotta ask ...Original...
Read more
Hollywood