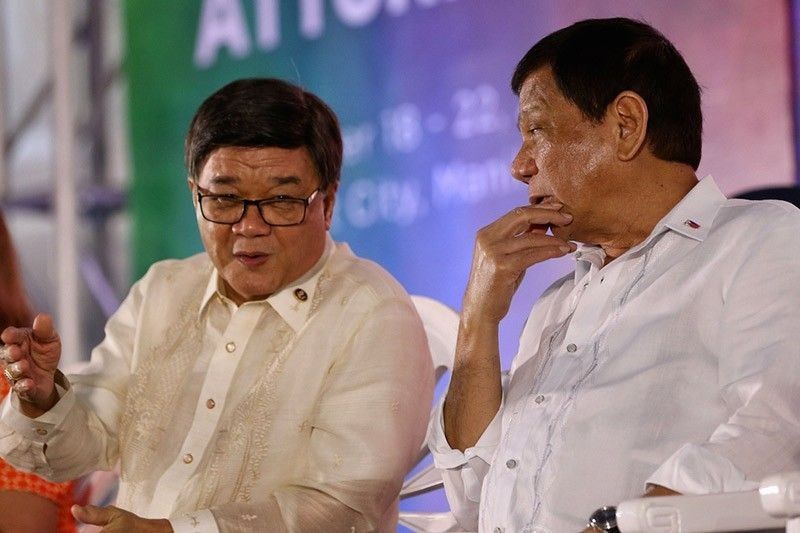 MANILA, Philippines — Vitaliano Aguirre II, whose years as justice secretary under the Duterte administration were hounded by controversies, was named on Monday as an official of the national police commission.

Malacañang announced earlier tonight what would be Aguirre’s return to government after stepping down from his post in 2018.

The DOJ in his two years had faced criticism for its handling of several huge cases that culminated in Aguirre’s resignation even before the Duterte presidency reached the half of its term.

These include the dismissal of drug-related charges against Cebu businessman Peter Lim, self-confessed drug trader Kerwin Espinosa and inmate Peter Co among others, as well as the alleged brains behind the multi-billion pork barrel scam Janet Lim-Napoles admitted to DOJ’s witness protection program.

It was also under Aguirre’s years that Sen. Leila de Lima, a staunch critic of the Duterte administration, was jailed on drug charges.

More than a thousand days behind bars, De Lima has recently moved for dismissal of the second in the three drug charges she is facing.

Her imprisonment had earned widespread criticism from the international community, with the United States barring entry to those responsible for her jailing.

As a new NPC commissioner, Palace said Aguirre would make service “competent, effective, credible and responsive to people’s needs” by a police force that has figured in a series of cases of brutality last year that had stirred public outrage and calls for reform.

It came after the Christmas shooting of two unarmed individuals in Tarlac by Jonel Nuezca, once a police master sergeant who was recently dismissed and is now in jail for two counts of murder, where he had pleaded not guilty.

The administration along with the PNP leadership had rejected criticism that Nuezca’s behavior had come from a culture within the police force encouraged by President Rodrigo Duterte.

Palace also maintained that no changes are seen following the incident as Nuezca’s case was only an isolated one, a claim that has been effectively disputed by many given the documented incidents of police abuse in 2020 alone.

The commission oversees administrative control and supervision over the PNP and advises the president on matters involving police functions.

Aguirre will make a comeback on public service with him still not cleared on a Senate probe on an alleged bribery scheme at the immigration bureau, where he was identified as a protector of among those accused.

He has since sought to deny the allegations, calling it as “absolute lies and a complete fabrication” by newspaper columnist Ramon Tulfo. — with reports from Kristine Joy Patag