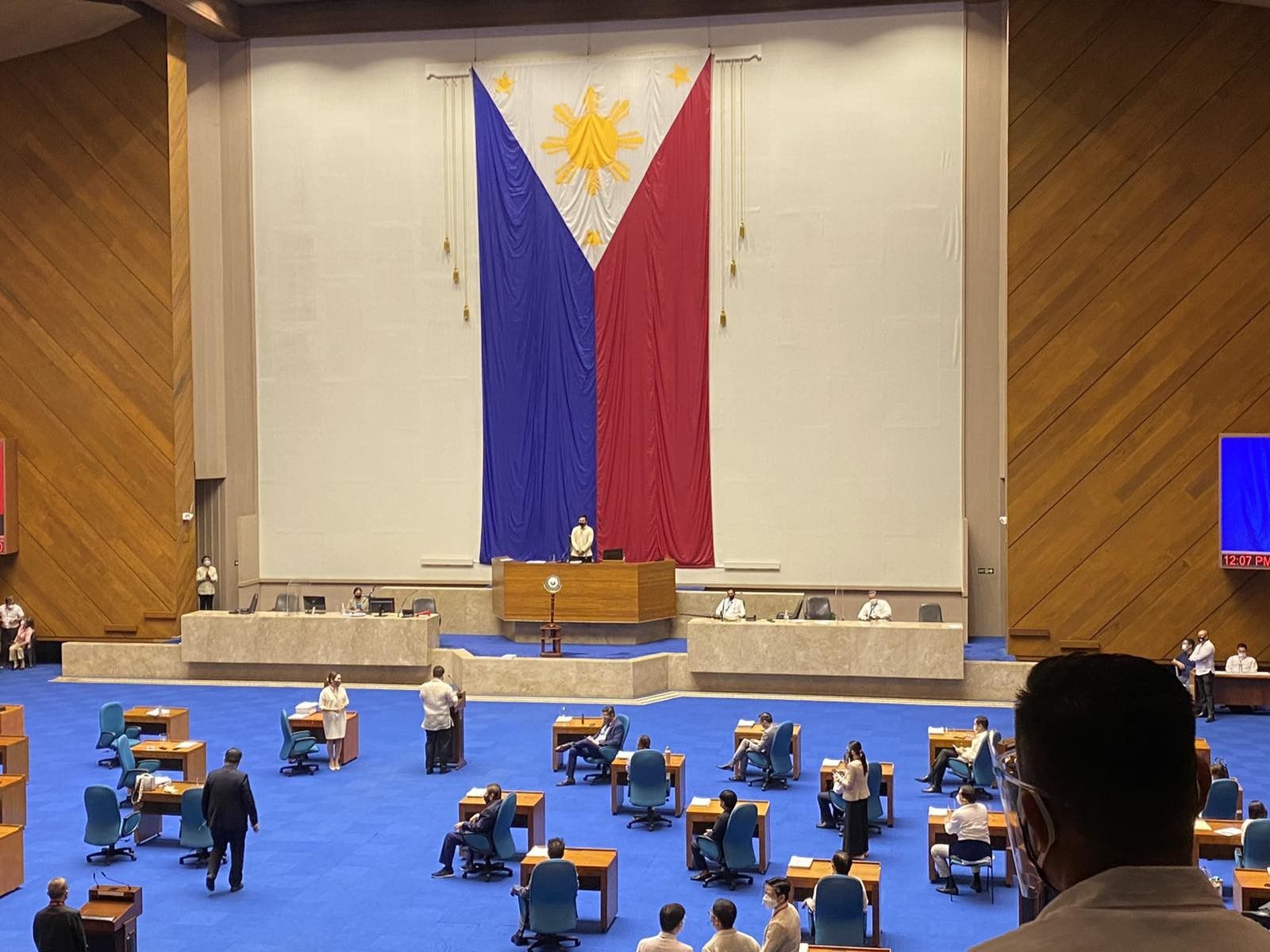 MANILA, Philippines — The House of Representatives is set to send Tuesday to the Senate the proposed P4.5-trillion national budget for next year, one day ahead of their self-imposed deadline for the transmittal of the outlay to the upper chamber.

House Speaker Lord Allan Velasco (Marinduque) announced Tuesday that the lower chamber will be sending the spending plan to the Senate, but did not say if this is the printed copy of the budget or a soft copy.

House appropriations panel chair Rep. Eric Yap (ACT-CIS party-list) earlier said that the lower chamber can submit a soft copy of the budget to the Senate by October 28.

Senators have been clamoring for the House to transmit the budget early to give them time to debate on the measure and still pass the spending plan on time.

Fears that the budget will be delayed gripped the executive branch at the height of the speakership row between Velasco and former Speaker Alan Peter Cayetano (Taguig-Pateros), with President Rodrigo Duterte having to intervene several times between the two to avert any hitches to the smooth passage of the spending plan.

To recall, Cayetano railroaded the passage of the budget by skipping crucial debates on the measure and suspended session until November 16, thus avoiding the possibility of the Velasco faction to challenge his speakership by October 14 — the supposed end-date of the first half of the term-sharing deal between the two lawmakers.

But the parliamentary maneuverings of Cayetano and his allies was ultimately no match for the majority of lawmakers who voted to declare the speakership vacant and to seat Velasco as the new leader of the chamber in an unprecedented session outside of Batasang Pambansa.

Following the election of Velasco, the House recalled the passage of the budget on second reading and resumed plenary debates on the spending bill.

“Not only did we pass the proposed 2021 national budget in a timely, constitutional and legal manner, we also made sure next year’s spending plan will be more reflective and responsive to the needs of the people amid the worst public health crisis in a generation,” Velasco said in a statement.

Velasco said, without giving exact figures, that they tripled the budget for the procurement of COVID-19 vaccines.

He also said that they provided approved additional funding for the Department of Health’s facilities enhancement program.

Aid to workers and families affected by the pandemic was also given a boost in funding, with the House augmenting the budgets of the Department of Labor and Employment and the Department of Social Welfare and Development, Velasco said.
The small committee formed to tackle amendments to the budget for next year earlier approved to increase the budget allocated for COVID-19 vaccines from P2.5 billion to P8 billion.

Apart from the additional funding for COVID-19 vaccines, the House’s small committee also agreed to accept P20 billion in amendments from government agencies.

They also include a P1.7-billion augmentation to the budget of the education department, P500 million for the Energy Regulatory Commission and the Philippine National Oil Company and P300 million for the government’s mental health programs.