It's the moment Meghan Trainor's fans have all been waiting for. It's been just a few weeks since the 26-year-old star announced she was pregnant and expecting...
More

Pinoy Issues
More
Home Trending Today Trending Videos – How close is the Philippines to getting which COVID-19... 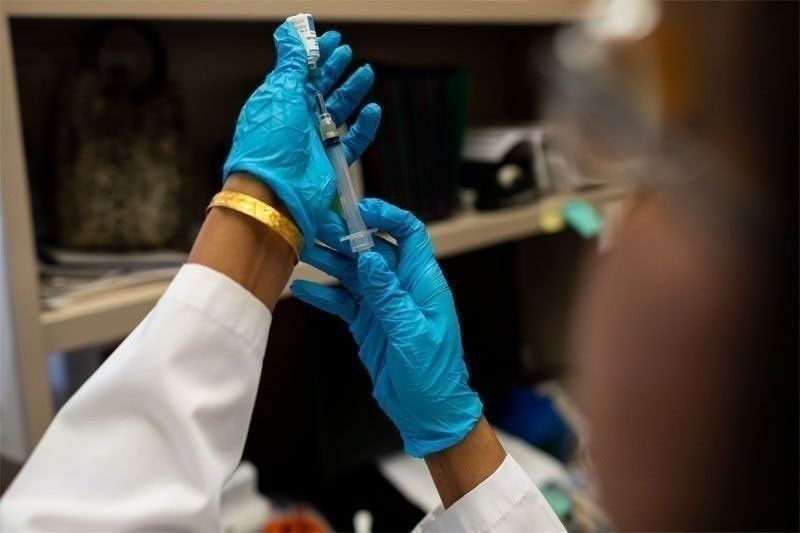 MANILA, Philippines — Lawmakers have allocated P72.5 billion in funding as the government plans to inoculate 24 million against the novel coronavirus in 2021. But as the picture on the health crisis continues to unfold, concerns grow that the Philippines may be lagging behind in securing supplies.

A global tracker has estimated that 9.6 billion doses have already been reserved — 3.9 billion of which will go to high-income countries even with the vaccine still not out in the market.

At home, vaccine czar Carlito Galvez Jr. has said that 80% of the vaccines have been taken by rich countries. The Philippines government is seen to sign most procurement deals by January, or around a year since the first confirmed case in the Philippines.

Officials have repeatedly denied that the administration was late in seeking access to the vaccines. Talks with drug manufacturers began as early as August and President Rodrigo Duterte approved advance payment for the vaccines by November.

He had earlier rejected the idea, saying developers from the West were trying to make a profit by asking for payment in advance.

Galvez has said that they saw the urgency and that the country is “not in the tail-end,” as he repeated that procurement laws are restrictive.

“His guidance is to look for ways na nandoon tayo, nauuna tayo sa pag-roll out. Talagang napakahirap..kasi ‘yung R.A. 9184 does not allow advance commitment and only with approval of the president,” he said..

How close are we to getting vaccines?

The world is ending the tumultuous year in a pandemic with significant progress on potential coronavirus vaccine candidates. And with it comes the race for countries, including the Philippines, to secure enough doses for their people. But what has been our progress exactly?

As of December 15, here are some of the candidate vaccines that could see their way to the Philippines by 2021.

The country secured 2.6 million doses from the British-Swedish pharmaceutical in end-November and is seen to arrive by the middle of next year.

This deal was sealed through the efforts of the private sector as firms chipped in P600 million to buy them. With an average efficacy of 70%, the vaccine costs $10 or P500 for two doses and would be donated to the government for the health department to distribute.

The private sector purchase is separate from the 20 million doses that the government is looking to buy from the same drugmaker using public funds.

AstraZeneca last week pulled out of joining clinical trials in the Philippines, as it said it now has enough data on the vaccine.

This leaves Sinovac Biotech ltd., Sichuan Clover Biopharmaceuticals, Gamaleya Research Center as well as Johnson and Johnson’s Janssen in the process of getting approvals for clinical trials in the country.

The Chinese-developed vaccine has been in the spotlight in recent days as one public health expert raised concerns that government is securing 25 million doses despite it being the second most expensive among candidates and doubts of over safety.

At two doses, the Sinovac is seen at P3,600 per rough estimates reported by Sen. Sonny Angara, chair of the Senate finance commitee, in deliberations on the proposed national budget for 2021.

Malacañang has since defended this, saying it is the only choice that could arrive in the country by the first quarter of 2021.

The drugmaker has also not escaped controversy as allegations surface that Sinovac’s CEO bribed Chinese regulators to fast track the approval of its vaccines for SARS in 2003 and the swine flu in 2009. Health Secretary Francisco Duque III has said they are aware of the report and will look into the claims.

Sinovac is also among those seeking approval from authorities to hold a clinical trial here seen by late December or early January 2021 after passing technical review.

Russia’s Sputnik V was the first in the world to secure approval from its own country back in August, with Gamaleya Research Institute claiming 95% efficacy per another interim analysis of its clinical trial data.

Galvez has said Sputnik V could also be in the country by the first quarter of 2021, but that there may be “more confidence” in China’s Sinovac as other countries have already received their doses.

In an update on December 4, Dr. Nina Gloriani, who heads DOST’s vaccine experts panel, said approval for Gamaleya has been deferred as it has yet to turn in additional documents required.

“We want the scientific interim data,” she said. “We cannot rely on what they published on the internet.”

Sichuan Clover Biopharmaceuticals hurdled the Vaccine Expert Panel’s review on November 24, nearly a month since it submitted its application in end-October. Its application has since been forwarded to the Food and Drug Administration, with trials seen to start by early 2021 if not before yearend.

Sichuan Colver is the second drugmaker from China to seek approval to hold clinical trials in the Philippines. The vaccine comes in two doses, but officials have yet to disclose its price.

The Belgian-led Janssen Pharmaceutica of Johnson & Johnson secured the VEP’s approval on December 11, bringing it closer to being able to hold clinical trials in the country.

In contrast to others, the vaccine is only taken in a single dose. In October, developers momentarily halted its Phase 3 trial in the US after an “unexplained illness” in one of its participants.

Janssen in October 23 announced that it was resuming the said trials after reporting that no clear cause came out from its evaluation on the incident. “Based on the information gathered to date and the input of independent experts, the company has found no evidence that the vaccine candidate caused the event,” it said in a release.

Health officials have said that the American drugmaker will not hold trials in the Philippines as the company said “they are well advanced” at their Phase 3 stage.

Undersecretary Maria Rosario Vergeire said most of the talks with Pfizer had focused on the pre-order of its potential vaccines.

Manila’s envoy to Washington Jose Manuel Romualdez said last month that vaccines from the US could arrive in the Philippines early 2021 “at the latest,” while Angara has reported too that the cost of Pfizer is at P2,400 for the two doses required per individual, with an efficacy rate of 90%.

The US FDA has allowed the emergency use of the Pfizer vaccine in the US, which has the most infections at over 16.6 million and deaths of more than 300,000.

This US-made vaccine is not applying for clinical trials in the Philippines.

Health officials have said that the drugmaker is keen to provide doses here but likely only by the second quarter of 2021.

Moderna is expected to be cleared for emergency use in the US, as officials there report that the vaccine is “highly effective.”

Another possible COVID-19 vaccine from the US could make it to the Philippines through a local collaboration for distribution.

Faberco Life Sciences Inc., a partner of Serum Institute of India Pvt. Ltd., said in November that it is on standby to communicate with the government for a partnership.

Luningning Villa, Faberco’s medical director, said that SII is eyeing to produce over a billion doses of Novavax, which is being evaluated in different countries.

Figures from Sen. Angara showed that Novavax could be the cheapest vaccine at only P366 in two doses and could actually cover the country’s over 108 million population.

It has, however, yet to apply for clinical trials in the Philippines.

The Chinese pharmaceutical firm in October backed out of its application to hold clinical trials in the Philippines.

Science and Technology Secretary Fortunato dela Peña, in announcing the development, said Sinopharm had a “change of mind” but has said that they are still interested in rolling out supplies.

United Arab Emirates officials this month approved the use of the Chinese firm’s COVID-19 vaccine, saying it was 86% effective. The vaccine, which comes in two doses, has been under Phase 3 trials in the UAE since July and secured emergency use for medical workers in September.

Apart from questions on securing doses, concerns still loom among senators on the vaccination program in general, with the chamber agreeing to convene as a Committee of the Whole for a probe into the matter.

“The fact that senators are pretty much in the dark as to the game plan does not bode well for transparency and accountability in the vaccine rollout,” said Sen. Francis Pangilinan. “Transparency in the process is key if there is to be public trust in a rollout and without the public’s trust, a program of this magnitude will not succeed.”

An SWS survey in November showed that 66% of Filipinos were willing to get vaccinated for COVID-19, while 31% said they were not. Vaccination efforts in the country over the past years have been strained in large part due to fears from a botched dengue vaccination program in 2017, despite no established links of deaths resulting from the inoculation of Dengvaxia.

Health Secretary Duque has vowed to boost public confidence in the supposed COVID-19 vaccines, but Rep. Janette Garin (Iloilo), who was health secretary when the Dengvaxia program was carried out, chided him for failing to correct false information on the vaccine.

“He keeps on mouthing improving vaccine confidence while at the same time failing to directly correct the wrong information that dengue vaccine kills,”  Garin, who is facing raps over the Dengvaxia mess, said in a statement. “By having conflicting statements, Duque has been a big contributor to our decline in vaccine confidence.”