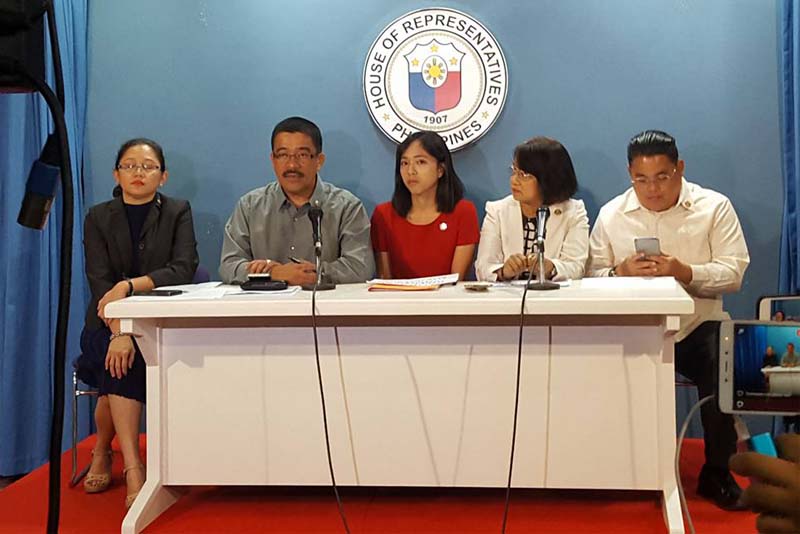 How exactly does a party-list select its nominees?

MANILA, Philippines — Sprouting from Lt. Gen. Antonio Parlade’s red-tagging spree is the claim that the members of the leftist Makabayan bloc in Congress are “card-bearing” members of the Communist Party of the Philippines (CPP).

He claims further that no one would get nominated as a representative of the party-lists composing of the Makabayan bloc without the blessing of the CPP.

“There’s a problem in so many ways that Parlade is hurling baseless allegations around,” Rep. Arlene Brosas (Gabriela party-list) told Philstar.com when asked for comment.

The real score, according to Brosas, is that the recommendation for nominees comes from Gabriela Women’s Party’s highest policy-making body, the National Women’s Council.

The process is similar for the party-lists Kabataan and ACT Teachers.

Rep. France Castro (ACT Teachers party-list) told Philstar.com that the regional chapters of her party meet to nominate candidates, who would be fielded during the general assembly where they choose their final nominees.

For Kabataan, Rep. Sarah Elago told Philstar.com that they elect party-list nominees during their national convention, following rules and regulations laid out by the Commission on Elections.

As for other party-lists, the process of selecting their nominees largely depends on what their constitution and by-laws dictate, as the Comelec did not lay down rules on how to select nominees for party-lists.

In the case of party-lists representing the youth, the nominee must be between 25 to 30 years old on the day of the election.

The poll body also provides that those who are running for any elective office or anyone who lost their bid for an elective office in the immediately preceding election cannot be party-list nominees.

Those nominated to represent party-lists must accept the nomination in writing, paving the way for their participation in party-list elections.