Visayan pop-soul band AOS and The Sesh Boyz perform their song "Battlefield" live on the Wish 107.5 Bus! While it presents the reality of...
More 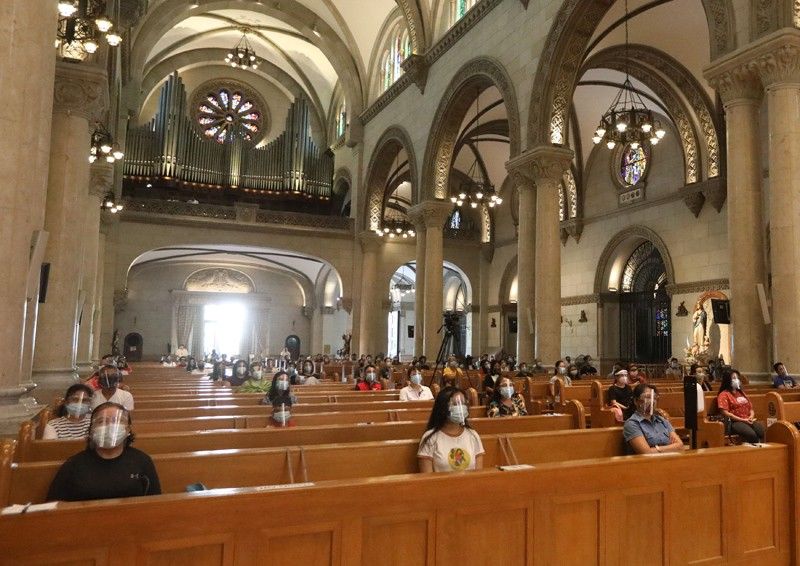 MANILA, Philippines — Members of the government’s pandemic task force are set to deliberate on the proposal to increase the allowed seating capacity in churches, Malacañang said yesterday.

Presidential spokesman Harry Roque said while local governments can decide on curfew, the Inter-Agency Task Force for the Management of Emerging Infectious Diseases (IATF) has to act on calls to ease protocol on religious events.

“We are waiting for the action of IATF on the raising of the percentage of people who can hear mass face-to-face,” Roque said at a press briefing.

But Manila City Mayor Isko Moreno issued yesterday Executive Order 41, which allows churches, mosques and chapels to increase the number of attendants to 30 percent, from the previous 10 percent of seating capacity.

This, he said, is “to promote not only the social and economic well-being“ of residents but also their “spiritual well-being.”

San Juan Mayor Francis Zamora issued a similar order for his constituents to further ease quarantine restrictions in the city.

The executive orders eased the previous stay-at-home restriction of 21 to 60 years old to the present 18 to 65 years old.

“Persons under this age group will be the only ones allowed outdoors, except during emergencies or essential activities,” Zamora said.

Roque said that while Metro Manila mayors have recommended the increase to 30 percent of seating capacity, this is yet to be discussed by the IATF.

Justice Secretary Menardo Guevarra, an IATF member, also revealed that the body would discuss on Thursday the proposal to shorten curfew hours in preparation for the traditional midnight masses or simbang gabi in December.

Pabillo said he was informed that the curfew hours for November would be from midnight to 4 a.m. and would be further shortened by December from midnight until 3 a.m. to accommodate people going to the dawn masses.

Hip-hop acts K-Leb and Muric perform "Ganito Lang" live on the Wish 107.5 Bus! A collaborative effort that they completed while apart due to...
Read more
Videos