Most of us won't ever have to relive our breakups, but Bachelorette star Tayshia Adams does every time she settles in to watch her season with...
More 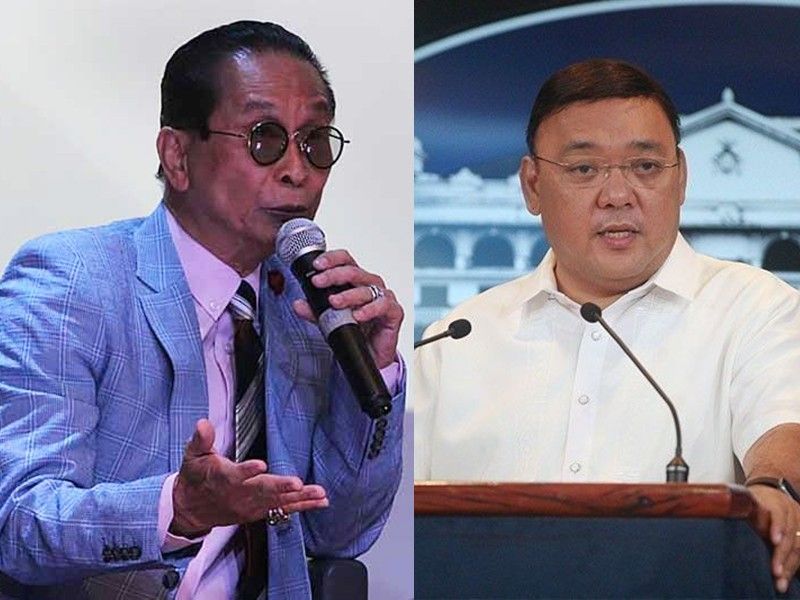 MANILA, Philippines — The statement of the International Criminal Court (ICC) prosecutor on the war on drugs is just a “political propaganda” that won’t affect the Philippine government’s affairs, officials said Wednesday.

In a report released last Tuesday, ICC prosecutor Fatou Bensouda said there is a “reasonable basis” to believe that the crimes against humanity of murder, torture, and infliction of serious physical injury and mental harm were committed in the Philippiness in connection with the government’s drug crackdown. She said her office is expected to decide on whether to seek authorization to open a probe on the Philippie situation in the first half of next year.

“The report, or more appropriately, a political propaganda against (President Rodrigo Duterte), is not only irrelevant to the Philippines but immaterial as well to the affairs of the country’s government,” chief presidential legal counsel Salvador Panelo said in a statement.

“This is so, since the ICC, as we have repeatedly expounded, does not have jurisdiction over the Philippines, nor any of its state officials, given that the Rome Statute failed to comply with the publication requirement, demanded by the fundamental principle of due process under our Constitution, more so because the Rome Statute is penal in nature,” he added.

The Rome Statute is a treaty that formed the ICC. The Philippine Senate ratified the treaty in 2011 but Duterte withdrew the country from the statute in 2018 after the ICC announced a plan to look into his anti-narcotics campaign.

Presidential spokesman Harry Roque said the ICC won’t have an impact on the Philippines’ economy and trade relations.

“We don’t see (any effect)…The International Criminal Court examines the criminal responsibility of the individual, not that of the state. So it won’t have an effect on the country because what they are saying is the individual should answer (the charges), not the state,” Roque told radio station dzBB Wednesday.

“That is the exception to the rule. Normally, international tribunals deal with issues involving states. This is one of the few mechanisms wherein an individual can be held into account,” he added.

Roque maintained that waging a war on narcotics is not a crime. He reiterated that the ICC had rejected a request to begin an investigation on the alleged crimes in Afghanistan because the parties involved were uncooperative.

“With regard to what they called crimes against humanity, one of the elements is the intention to kill civilians. We do not have such an intention because the war on drugs is a policy, a police action recognized worldwide. No nation in the world, even the United Nations, claims that a war on drugs is wrong,” the Palace spokesman said.

Roque claimed that Bensouda is just politicking and that her statement was just meant to disprove claims that she only criticizes fellow Africans.

“Bensouda is just trying to impress her fellow Africans now that her term is about to end and it seems that she is engaging in politics in Africa, in her country. We won’t allow ourselves to be used as an instrument for her politicking,” he said.

Panelo said the celebratory statements of Duterte’s critics are “premature” and “amusing” because there is no conclusive decision yet on whether the ICC should proceed with an investigation.

“Even assuming that the Rome Statute became enforceable in the Philippines (which never did), the ICC can not exercise its powers on our local matters since our formal ‘withdrawal,’ which took effect in March last year, removed our country from its jurisdiction,” the president’s chief legal counsel said.

“With no authority to proceed, it becomes clearly evident that what Ms. Bensouda and her office are doing is playing politics in an attempt to besmirch the reputation and popularity of President Duterte — akin to the practices of other lowly vulnerable and biased international rights groups which accept unthinkingly and without basis the lies peddled by the dyed in the wool opposition detractors,” he added.

Panelo also argued that the Philippine judicial system is robust enough to conduct criminal proceedings brought before the courts.

“The Republic of the Philippines shall continue to claim its independence and call out all persons or entities that seek to destroy its exclusive supremacy over its affairs to refrain from doing so for they shall be repelled at every stage pursuant to — and in accordance with — our Constitution,” he added.