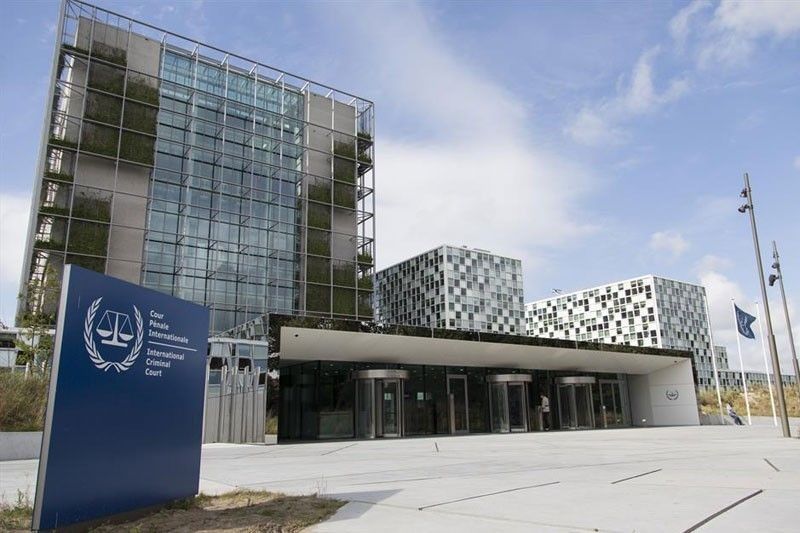 MANILA, Philippines (Updated 2:21 p.m.) — The report by the International Criminal Court’s Office of the Prosecutor is a “significant step in the right direction” in attaining justice for victims of extrajudicial killings under President Rodrigo Duterte’s bloody “war on drugs,” a non-governmental organization said.

The Philippine Coalition on the International Criminal Court lauded Wednesday the report of ICC Prosecutor Fatou Bensouda, which stated that there is a “reasonable basis to believe” that crimes against humanity had taken place in the government’s anti-narcotics campaign.

Although there is no investigation yet, Dr. Aurora Parong, PCICC spokesperson, said the development “opens up a clear avenue of justice” for victims of alleged extrajudicial executions in the country.

“Failure or inability to conduct criminal prosecutions would mean that the [Office of the Prosecutor] will be left with no choice but to ask the ICC to approve a request to open an investigation into the situation in the Philippines on one of the most serious crimes under its jurisdiction, particularly crimes against humanity. This aspect of the examination is the admissibility phase,” Parong said.

PCICC played an important role in the Philippine signing of the Rome Statute, the treaty that created the Hague-based tribunal, in 2000.

But in 2019, the Philippines under the leadership of Duterte withdrew from the ICC after Bensouda initiated a preliminary examination into the alleged extrajudicial killings in the anti-drug crackdown.

‘Every human life is important’

PCICC also slammed presidential spokesperson Harry Roque, a human rights lawyer years ago, for saying it would be a waste of time and money for the court to conduct an investigation into the situation in the Philippines.

“Every human life is important, whoever that person is. The right to life is for everyone. Even Philippine laws prohibit extrajudicial killings,” Parong said.

The government acknowledges the deaths of nearly 6,000 “drug personalities” in anti-narcotics operations, all of whom were reported to have violently resisted arrest. The figure is significantly lower than the estimates of human rights monitors of as many as 27,000 killed.

“Families of victims deserve investigation of the circumstances of the killings of their kin. If national bodies in the country are not providing that, then all the more that the ICC should look into the alleged crimes in the bloody war on drugs,” Parong said.

Set up to give justice to the victims of the world’s worst crimes, the ICC is a “court of last resort” and steps in only if member states are unwilling or unable to prosecute offenders.

In a statement, the Commission on Human Rights said it “takes note” of the report of Bensouda’s office as it urged the government to acknowledge and address the observations of the ICC.

“The primary responsibility to respect, protect and fulfil the rights of individuals remains to be with the State which exists as a modern instrument to balance both individual and social welfare. Thus, the government is called upon to squarely address all the violations that have resulted from the campaign against illegal drugs,” CHR said.

The government has stressed that extrajudicial killings are not state policy although the president and his officials often comment on killing criminals, particularly those allegedly involved in the illegal drug trade. These remarks have been explained away by Malacañang as hyperbole and as expressions of frustrations.

The commission also called for greater transparency and accountability from the government in providing redress for cases of human rights violations.