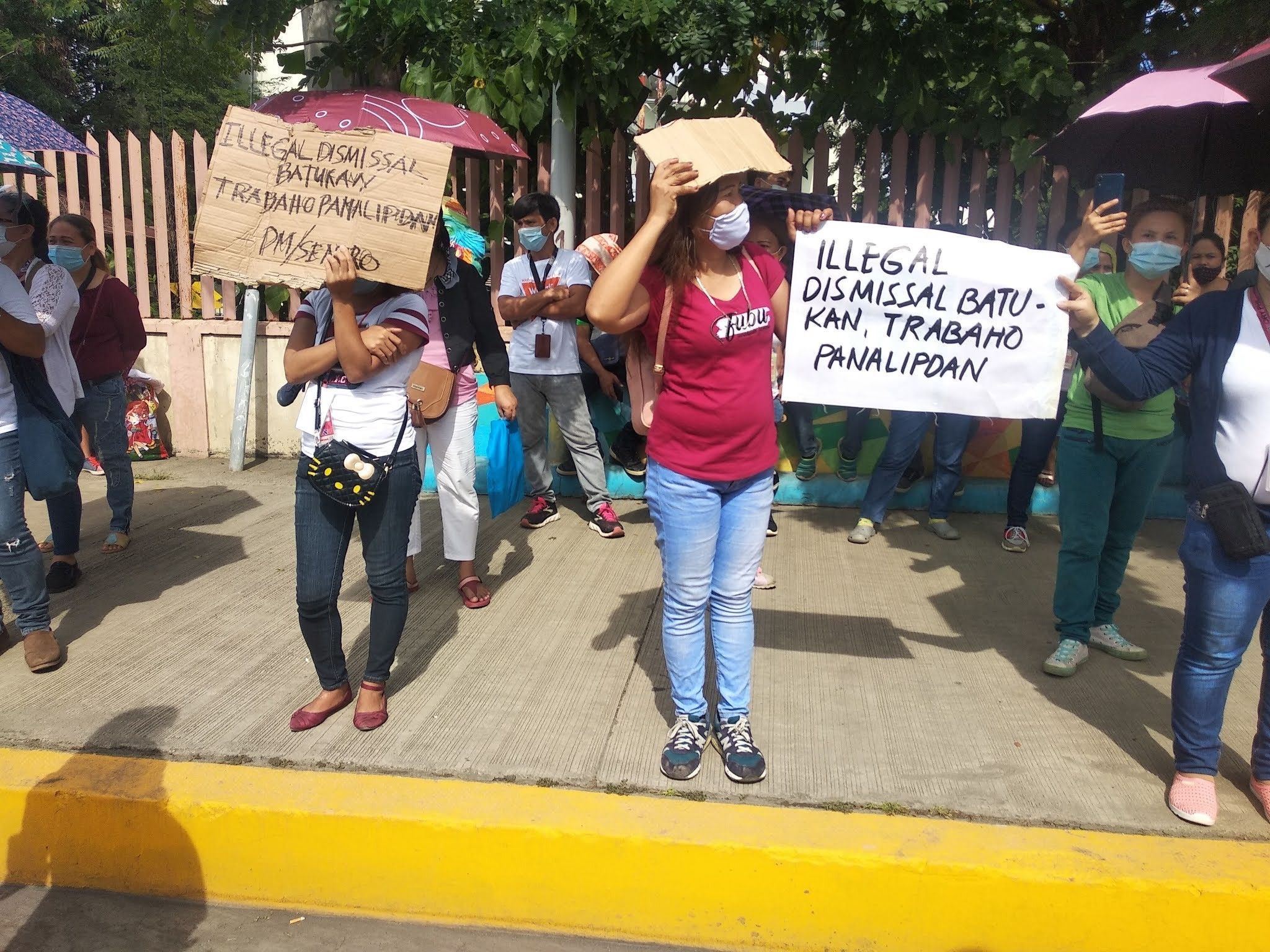 MANILA, Philippines — A labor group is calling on clothing brand J.Crew to persuade its garment manufacturer in the Philippines to rehire the 300 workers who were retrenched in what it claimed to be a move to bust a union there.

“We thus ask J.Crew to exert moral suasion on its supplier to resolve the dispute by reinstating the 300 fired workers and ending anti-union actions,” Partido Manggagawa said Tuesday on Twitter.

The labor group reported in November that First Glory Apparel, a garment exporting firm operating in the Mactan Economic Zone in Cebu, laid off some 300 employees citing the bankruptcy of J.Crew and the coronavirus pandemic.

But Cristito Pangan, president of the First Glory labor union, said the company is just using these as “alibis to bust the union,” which has a pending petition for certification election.

J.Crew has since responded to the union-busting allegations, saying that they have convinced First Glory to commit to holding union elections.

However, it noted that the retrenchment process had been overseen by the labor department following negotiations between factory and worker representatives.

According to data from the Philippine Statistics Authority, fewer Filipinos were jobless or out of business in October although this is partly because many had stopped looking for jobs.

The jobless rate, which is the proportion of unemployed people to the labor force, declined to 8.7% in October from 10% in July and a record-high of 17.7% in April, the Philippine Statistics Authority said earlier this month.

The labor force participation rate, representing people actively looking for jobs, was at 58.7% in October, the second lowest since 2005. While start of schooling partly explained the dip, with students formerly searching job exiting the workforce, there was also low enrollment and National Statistician Claire Dennis Mapa admitted this may not be the sole factor.

“We notice that there is a significant decrease in labor force whenever there is school opening, but the reduction here is quite large to account for such. We will have to look at it closely,” Mapa told reporters in an online briefing then.  — Xave Gregorio with a report from Prinz Magtulis