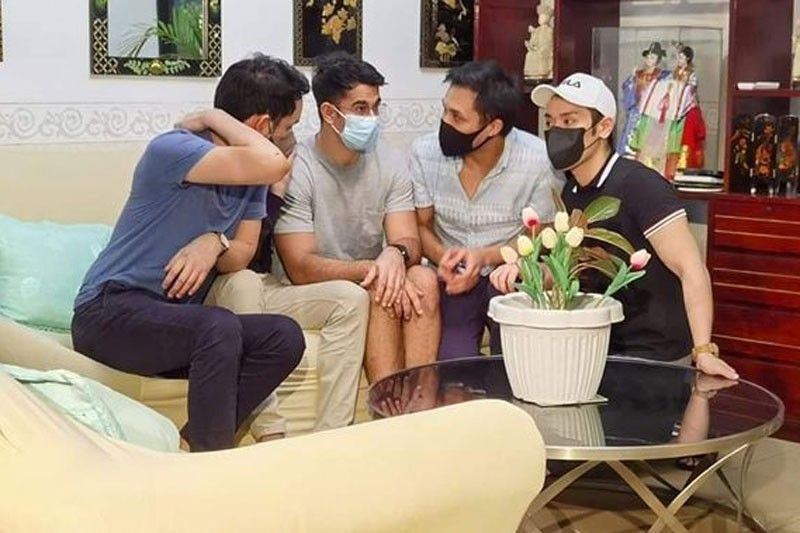 MANILA, Philippines — The lawyer of four of the respondents in tagged in the death of flight attendant Christine Dacera urged two lawmakers to recall the bounty they placed on his clients.

Lawyer Mike Santiago, counsel for four of 11 tagged in the complaint, appealed to Rep. Eric Yap (ACT-CIS party-list) and Sen. Manny Pacquiao to recall the cash reward they offered for suspects in Dacena’s case.

“This affects the safety and security of these gentlemen here, considering that there is someone tailing them or surveilling or taking videos outside their house, so we are appealing to them to recall the bounty,” Santiago said in an interview with ANC’s Headstart on Friday morning.

Yap said Friday that he sees no need to recall the reward he offered since “in principle, the bounty is now considered as moot and off the table.”

Yap offered P100,000 to anyone who would coordinate with the police in locating the nine who at the time the police considered suspects at-large in Dacera’s case. Pacquiao meanwhile offered P500,000 as bounty.

Santiago said a bounty for the arrest or knowledge on the suspects is also no longer needed, pointing out that a complaint has already been filed.

“We are willing, our clients, to face and answer this complaint,” he added.

Speaking to reporters on Thursday night, Rommel Galido, John Pascual dela Serna III, Valentine Rosales and Clark Rapinan maintained that there was no foul play in the death of their friend Dacera.

The Makati prosecutor’s office referred the rape with homicide complaint against 11 companions of Dacera for preliminary investigation. The three arrested have also been ordered released.

Part of the resolution penned by Assistant City Prosecutor Joan Bolina-Santillan read: “At this point, the pieces of evidence so far submitted are insufficient to establish that she was sexually assaulted or raped. And, if sexual assault/rape was committed, who is/are the person/s responsible?”

Yap said that the bounty he offered is “in principle…now considered as moot and off the table.”

He added that he announced the bounty when most of the individuals tagged in Dacera’s death were “nowhere to be found.”

Police Gen. Debold Sinas, on Tuesday night, also issued a 72-hour ultimatum for those tagged in the case but remained at large, warning them that they police will “hunt [them] down using force if necessary”, even though police had yet to secure a warrant to arrest them.

But Prosecutor General Benedicto Malcontento asserted that the preliminary investigation on the complaint now takes precedence over Sinas’ call for a manhunt.

“Taking into account that we issued an order of investigation, the venue of the case is now with the prosecutor, no longer with the police. The order that will be followed is ours, no other order will be followed at this point in time,” Malcontento said in an interview with CNN Philippines Thursday.

The preliminary investigation into the rape with homicide complaint against the 11 tagged in Dacera’s death is set on January 13.