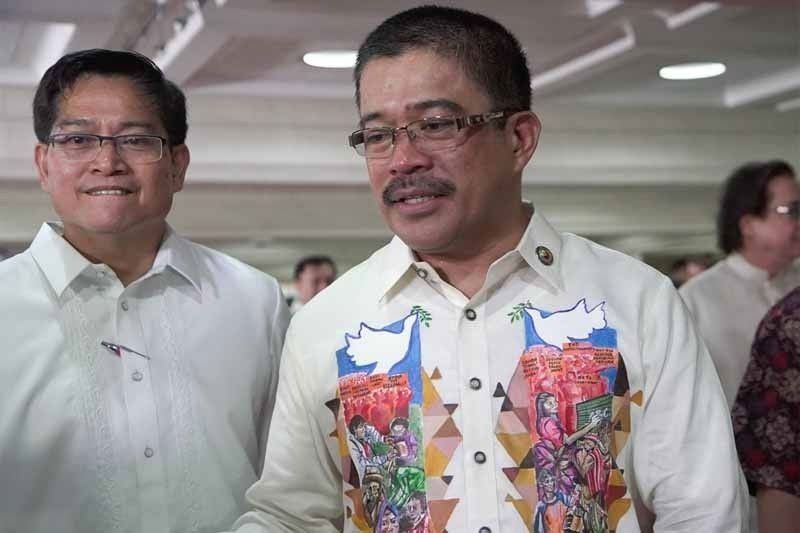 MANILA, Philippines — Members of the Makabayan bloc in the House of Representatives have denied links to the New People’s Army rebels as alleged by the National Task Force to End Local Communist Armed Conflict (NTF-ELCAC).

They also assailed the P19.1-billion budget for the anti-insurgency body in the proposed national budget for next year.

“Like his paranoid protege, Gen. Parlade, Esperon is just spouting out lies and fake news but does not present evidence that would stand up in court. Obviously, they don’t want to settle the issue with solid evidence in court that is why they would rather further malign us in public,” Zarate said in a statement issued before the weekend.

“Even their supposed perjured witnesses’ statements would be tested in court that is why they are only doing their rounds in media outlets peddling their fake news,” Zarate claimed.

Zarate, a deputy minority leader, called for the scrapping of the NTF-ELCAC, which he said only serves as pork barrel fund of the generals.

“As it is, the generals sitting at the leadership of the NTF-ELCAC like Esperon are seething with rage because the generals’ pork in the NTF-ELCAC was exposed to the public and they are hitting back at our bloc for doing so,” he alleged.

Albay Rep. Edcel Lagman said the red-tagging on militant lawmakers and several celebrities has just bolstered the move of critics to strike down the Anti-Terrorism Act (ATA).

Lagman believed that the “relentless yet unfounded red-tagging of cause-oriented legislators and progressive celebrities” by the spokesman for NTF-ELCAC has only justified the petitions in the Supreme Court questioning the ATA.

“The enactment and effectivity of the ATA have emboldened military officials like Lt. Gen. Parlade to label activist lawmakers of the Makabayan bloc as ‘terrorists’ for allegedly being card-bearing members of the Communist Party of the Philippines,” he argued in a statement.