Morissette performs “You And I” LIVE on Wish 107.5 Bus

Asia's Phoenix Diva Morissette sings "You And I" live on the Wish 107.5 Bus! The track is taken from her 2015 self-titled debut album...
More 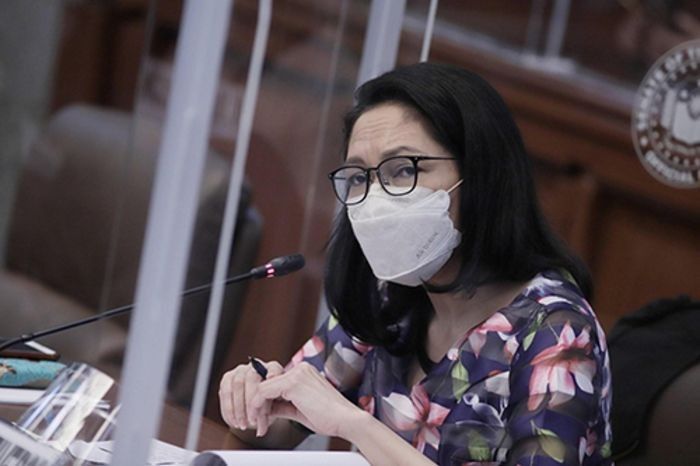 MANILA, Philippines —  The so-called masterminds who facilitated the entry of Chinese nationals through the “pastillas” bribery scheme and abuse of the Visa Upon Arrival (VUA) system have amassed P40 billion since 2017, Sen. Risa Hontiveros said Tuesday.

“There is corruption in every corner of the Bureau of Immigration (BI). In the ‘pastillas’ scam, we estimate that its masterminds [pocketed] P30 billion, that’s based on the arrival data of non-VUA Chinese nationals,” she said partially in Filipino.

“In VUA naman, another revenue stream, the kickbacks go straight into the pockets of some officials,” she added.

Hontiveros chairs the Senate Committee on Women, Children, Family Relations and Gender Equality which resumed its probe into the “pastillas” scam on Tuesday. The alleged masterminds behind the scheme attended the hearing after being cited in contempt for failing to do so earlier this month.

Citing BI data, Hontiveros revealed that about four million Chinese nationals have entered the country since 2017.

“The numbers are staggering. For the sake of comparison, four million Chinese nationals arriving here since 2017 is comparable to more than the entire population of Quezon City. Kumbaga, bakit mas marami pa sa mga residente ng QC ang bilang ng Chinese na pinapasok sa bansa? (Why are there more Chinese entering the country than there are residents of QC?)”

Whistleblowers and Immigration Officers Allison Chiong and Jeffrey Dale Ignacio confirmed that the masterminds behind the scam take part of the bribe money.

“In Pastillas, the money goes to the airport, then it is given to the IOs (Immigration Officers). Before he resigned, Red Mariñas was in charge as chief of the Ports Operations Division (POD),” Hontiveros said in Filipino.

Ignacio on Tuesday also revealed that, when the so-called foot soldiers or subordinates involved in the pastillas scheme followed up on late payouts, they were told by their superiors that the money was being set aside for Red Mariñas’ mayoral campaign in Muntinlupa.

“Meanwhile, when it comes to the questionable VUA transactions, the bribe allegedly goes straight to the main office, where the visas are approved,” the senator added.

“Before he retired, Maynardo Mariñas, Red’s father, was in charge here as head of the Special Operations Communications Unit (SOCU), which checks and audits the VUAs. The Mariñas family was raking it in, but the question remains: Who is their protector?” Hontiveros said in Filipino.

The senator emphasized that both Red and Maynardo Mariñas were appointed heads of their respective divisions by then Justice Secretary Vitaliano Aguirre in July 2016. About a year later, Aguirre issued Department Order No. 41 which allowed citizens of China to enter the Philippines without having previously obtained a visa from the Department of Foreign Affairs.

“It had been established in previous hearings that visa upon arrivals were processed by travel agencies, many of whom only required a mere screen shot of the applicant’s passport sent via the WeChat application. The person involved could have been trafficked by a syndicate, but as long as she or he had no derogatory record on paper, then that person would have been able to enter the country with a VUA,” Hontiveros said.

She claimed that this could have started a “corrupt business model,” recalling that it was the “prostitution and slave-like conditions related to the rise of [Philippine offshore gaming operators]” that the Senate committee initially sought to probe.

“Because of the greed of our own officials, the Philippines has become a haven for all kinds of crimes: illegal POGO, prostitution, kidnapping, and many more). In exchange for Chinese money, our borders have been made porous, our women and children made vulnerable,” the senator said in Filipino and English.

The former justice secretary has repeatedly denied allegations that he protected the syndicate responsible for the “pastillas” racket.

Meanwhile, the BI fact-finding committee chaired by Deputy Commissioner Toby Javier recommended to the Department of Justice that officials tagged in the bribery scheme be slapped with administrative charges.

Bookmark this page for updates on the alleged money-making scheme called “pastillas” racket, which facilitates the entry of Chinese tourists who later work in Philippine offshore gaming operators in exchange for grease money.

The Senate Committee on Women, Children, Family Relations and Gender Equality will resume its investigation into alleged bribery at the Bureau of Immigration on Tuesday, September 22.

“While significant inroads have been made and some erring employees of the Bureau of Immigration have been held to account before the law, the big fish have not been caught,” the Office of Sen. Risa Hontiveros, who chairs the committee, says in an announcement of the resumption of hearings.

The ‘pastillas’ bribery scheme at the Bureau of Immigration includes allowing fugitives into the country for a fee, Sen. Risa Hontiveros says Wednesday.

“Napag-alaman natin na parte din ng ‘pastillas’ scam ang VIP treatment of blacklisted fugitives. These criminals pay more than the P10,000 ‘service fee’ and are allowed entry into the Philippines,” she says in a press release.

“Klarong klaro na napakarami nang kriminal na nakapasok sa bansa ngayon, no thanks to our corrupt BI officials. They welcomed these criminals with open arms and set up and enabled this ‘pastillas’ system to persist,” she also says as she calls on authorities to track down those who slipped past the bureau and deport them.

Immigration Commissioner Jaime Morente implements a “total revamp” in NAIA Terminals 1, 2 and 3 as part of the Bureau’s “continuing reform and transformation efforts.”

“The revamp covers all personnel assigned to NAIA terminals from Port Operations Division (POD) Deputies, Terminal Heads down to counter personnel, except Chief, POD which will be decided by [Department of Justice],” he adds in a statement.

“This practice of rotating and changing assignments on a regular and programmed basis is both a means to enable better performance and encourage skill upgrades, as well as a necessary precaution against possible avenues for graft and corruption,” he also says.

President Rodrigo Duterte last week ordered the relief of BI personnel believed to be involved in the “pastillas” scheme.

The Immigration Officers Association of the Philippines says it welcomes investigations—at the Senate, by the National Bureau of Investigation, and by the Bureau of Immigration—into the “pastillas” bribery scheme, where Chinese nationals were allegedly given special treatment in exchange for P10,000 each.

It says the investigations will find the truth on the issue “and save from harassment and destruction” of the reputations of Immigration officers,”the great majority” of which, it said, are not involved in the bribery scheme.

The group also called on government “to eliminate all adverse conditions in the BI which are conducive to corrupt practices” and to enact legislation that would, among other steps, increase salaries and reinstitute overtime pay for Immigration personnel.

Congress has yet to pass the Immigration Modernization bill, which was pending when the loss of overtime pay for Immigration officers resulted in shorter work hours and longer lines at ports of entry.

Bureau of Immigration chief Jaime Morente says they will cooperate with the lifestyle check to be conducted by authorities to help determine who are involved in the money making scheme.

“As the Commissioner, I am very disappointed with the unauthorized activities of some personnel who continue to commit irregularities despite our determined efforts to get rid of the culture of corruption in the Bureau since 2016,” says Morente.

“On the other hand, I am certain that after this exposé, the intense public scrutiny and accompanying trial by publicity that the Bureau has been subjected to will only ensure that we come out stronger as we weather yet another storm,” he adds.