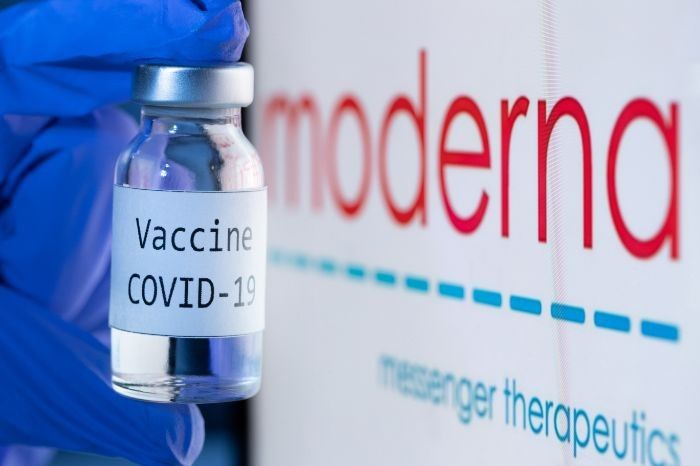 MANILA, Philippines — Vaccine czar Carlito Galvez Jr. on Saturday revealed that he and other officials are set to begin negotiations with American biotech company Moderna on or before Wednesday next week.

Just the night before, the US Food and Drug Administration authorized Moderna’s two-dose regimen for emergency use — making it only the second vaccine to be deployed in a Western country, closely trailing after the one developed by Pfizer and BioNTech which was approved in several countries early this month.

“I am glad that [envoy to the US] Amb. Romualdez himself is helping us with negotiations. Earlier this morning, at around 5 a.m., he called me and said that Moderna is interested in giving an allocation to the Philippines,” he said in Filipino during a virtual briefing aired over state-run PTV.

“Our meeting was supposed to be this coming Wednesday but because we can see that Ambassador [Romualdez] is very persistent, we will make the meeting maybe earlier,” he added partially in Filipino.

Romualdez earlier said that Moderna and Arcturus Therapeutics, another American biotech firm, were ready to supply four to 25 million doses of their vaccines beginning the third quarter of next year should the government find their proposals acceptable.

“No ‘bus’ was missed or no ‘ball’ was dropped because we are focused on our main goal, and that is, to secure an equitable share of the vaccines,” Galvez maintained in a statement released to the media and repeated verbatim during the same PTV interview.

While admitting that there have been some delays in negotiations with vaccine makers, he insisted that they were able to make up for the time lost.

According to Galvez, the country is on track to meet its target of acquiring 60 million vaccines. However, he did not offer further details, saying that he was unwilling to preempt his forthcoming presentation to Presdient Rodrigo Duterte which is scheduled for next Monday.

Galvez added that negotiations are in full swing with biotech firms from seven countries, naming the US, Australia, Canada, Russia, China, and India in specific.

He cautioned, however, that some delays are being caused by problems with raw materials and logistical concerns.

“We have to face realities. It’s not a race. Our timeline is slightly slowed, we have to consider safety and efficacy,” he said partially in Filipino.

Aortic aneurysm entered the popular lexicon this 2021 when Christine Dacera, a flight attendant for Philippine Airlines, was found dead in...
Read more