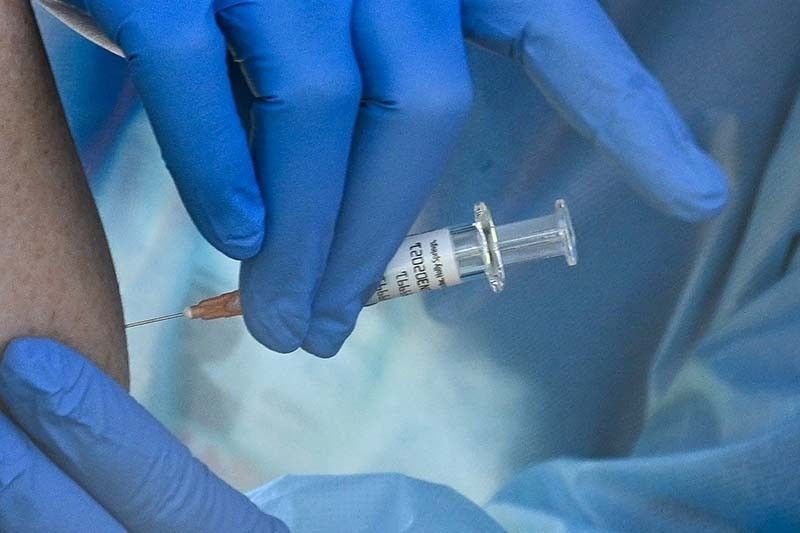 MANILA, Philippines — It was “tragic and to an extent criminal” on the part of health officials to miss an opportunity to get 10 million doses of Pfizer’s COVID-19 vaccine by January just because of their slow action, Sen. Grace Poe said yesterday.

“We need to vaccinate at least 60 to 70 percent of our population, which is at the minimum 70 million,” Poe said in an interview.

“And we are already getting the 10 million supposedly by January. But because, again… the DOH (Department of Health) leadership was neither here nor there and could not make a decision, could not give the proper recommendation, we missed it,” she said in Filipino and English.

“They’re saying the rollout – still uncertain – will be sometime mid next year. So that’s how many months from now? People are already exhausted over all of these quarantine requirements and restrictions. The economy is already suffering. How many billions will it cost us to save the health of hundreds and to save our ailing economy?” she lamented.

She said Health Secretary Francisco Duque III’s indecision in securing the initial doses for the Philippines has left the country and its prospect for economic recovery in limbo.

“Our chance to get that was given to Singapore because they could act decisively and we can’t,” she added.

Poe said she looks forward to the convening of the

Senate committee of the whole to hear what Duque and other concerned officials have to say on the country’s vaccination program.

She said there was need for the Duterte administration to be transparent about its plan of acquiring vaccines and ensuring their safety and efficacy.

In a statement, Philippine ambassador to the US Jose Manuel Romualdez said Moderna and another American biopharmaceutical firm, Arcturus – aside from Pfizer – are ready to provide four million to 25 million doses of COVID-19 vaccines to the Philippines.

“I am pleased to report that aside from Pfizer, Moderna and Arcturus are ready to supply four to 25 million of their respective vaccines starting Q3 2021, should the Philippine government find their proposals acceptable,” Romualdez said.

“We are hoping our government will consider the promising candidates of Moderna and Arcturus for inclusion in our country’s pool of anti-COVID vaccines,” he said.

A panel of US experts on Thursday voted to recommend emergency approval of Moderna’s COVID-19 vaccine.

Romualdez’s statement came after Foreign Affairs Secretary Teodoro Locsin Jr. revealed that the country was supposed to receive 10 million doses of Pfizer’s COVID-19 vaccine by January until “somebody dropped the ball.”

Locsin said he and Romualdez facilitated a deal with US Secretary of State Mike Pompeo to secure Pfizer’s vaccine.

The purchase, Locsin said, was supposed to be funded by the World Bank and the Asian Development Bank.

Romualdez, however, said the Philippines’ deal with Pfizer for the procurement is still “in progress.”

He said the January 2021 delivery date of the vaccines was pushed back to June because other nations finalized deals earlier and the Philippines “did not act quick enough on the Confidentiality Disclosure Agreement (CDA)” for the procurement.

“It’s useless for us to blame people, nothing will happen to us. The bottom line is, we did not act quickly which we all have to accept, and just simply move on,” Romualdez said in an interview on TeleRadyo yesterday.

Locsin said all vaccine manufacturers, not just Pfizer, require that they be held “free and harmless” for any harm caused by their vaccine.

“Anyone says the delay was caused by Pfizer requiring that it be held free and harmless for any harm caused by its vaccine. All vaccine makers demand the same free and harmless clause. I mean f****** all. Also Pfizer never demanded downpayment,” he said on Twitter yesterday.

The country’s top diplomat also backed the purchase of COVID-19 vaccines from different countries to overcome vaccine resistance in the country caused by the Dengvaxia controversy.

“That’s what I proposed with breathtaking logic: a mixed offer of all vaccines, some free, some you pay for, to overcome vaccine resistance thanks to Dengvaxia, thereby reducing Filipino native suspicion of anything not Caucasian – and yet BioNTech was invented by Turkish couple,” Locsin said.— Helen Flores, Christina Mendez