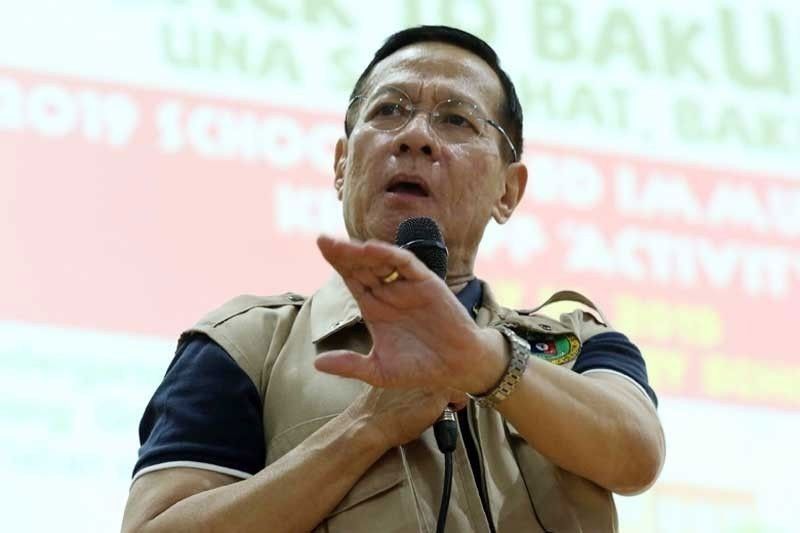 ‘No balls dropped’: Duque pushes back at subtweets on vaccine talks

MANILA, Philippines — The country’s health chief on Wednesday denied that someone botched the supposed high-level talks that would have secured the Philippines some 10 million doses of Pfizer’s possible COVID-19 vaccine, as alleged by another member of the President’s Cabinet that has since stirred questions.

Amid growing pressure made worse by a global scramble to secure vaccine doses, government has yet to sign procurement deals for the vaccine although 2.6 million doses have been secured from AstraZeneca as a donation from the private sector.

Foreign Affairs Secretary Teodoro Locsin Jr. on Tuesday tweeted there had been negotiations between him, Ambassador to the US Jose Manuel Romualdez and US Secretary of State Mike Pompeo for Manila to get a hold of the Pfizer vaccines until “somebody dropped the ball.”

The Philippines’ top diplomat has not named the official supposedly responsible for the turnout of the talks.

But Sen. Panfilo Lacson on Wednesday hinted that it was someone “who keeps dropping the ball but manages to stay in the game because the coach refuses to replace him.”

The statement seemed to reference Secretary Franciso Duque III, who has faced calls even from senators to step down for his handling of the coronavirus crisis in the country but has been repeatedly backed by President Rodrigo Duterte.

Sought for comment, Duque said negotiations for doses from Pfizer are still ongoing and the health department has been reviewing the confidential disclosure agreement from the US drugmaker.

He added that the DOH was only told by the office of Executive Secretary Salvador Medialdea in end-September that it was them who would sign the CDA and not the science and technology department.

“I just wanted to make sure that the provisions are not onerous or disadvantageous to government,” Duque said, while not addressing who was behind the claimed failure of talks. “So I had to defer this to our lawyers, and those from DOST and the Executive Secretary.”

The administration is looking to secure 25 million doses of the Chinese-developed Sinovac, a move that has raised concerns as the vaccine makers have yet to report on its safety and efficacy, as well as being among the most expensive in the list of vaccines being eyed.

Pfizer, meanwhile, has reported that its vaccines are 90% effective, and it has secured go signal for emergency use in the US, the UK and Singapore.

“So there is no such a thing as somebody dropping the ball. It is really an ongoing negotiation,” Duque added.

Under the supposed deal, Locsin said Pfizer’s vaccines could have made its way to the Philippines by January, with financing from the World Bank and the Asian Development Bank — multilateral sources where government is borrowing for vaccine purchase.

Romualdez earlier today had since sought to clarify that talks with Pfizer had only been delayed, with delivery of doses seen by June as he admitted that the country did not “act enough on the CDA.”

“Other countries got ahead of us like Singapore,” he said as in a report by CNN Philippines.

The bid for nations across the globe to obtain vaccines to inoculate its population has exposed a significant gap among countries in terms of financial standing.

Duke Global Health Innovation Center’s global tracker has showed that high-income countries have so far secured 3.9 billion out of the 9.6 billion doses of potential COVID-19 vaccines, even when none is out yet in the market.

Canada, for one, has enough to vaccinate its more than 37 million people five times over after securing 358 million doses.

“While this makes sense from the perspective of an individual country, it leads to deep inequities in terms of global allocation. While some middle- and lower-middle income countries are represented here with direct deals, none of them have enough to vaccinate their entire populations,” the tracker’s report continued.

According to vaccine czar Carlito Galvez Jr., the vaccine from Sinovac may be the first to arrive, in March 2021.Vaccines from AstraZeneca are expected to arrive in the second quarter of the year.

Both chambers of Congress sealed a P72.5 billion-funding for buying vaccines, but concerns remain from senators on the government’s vaccination program with a probe soon underway.