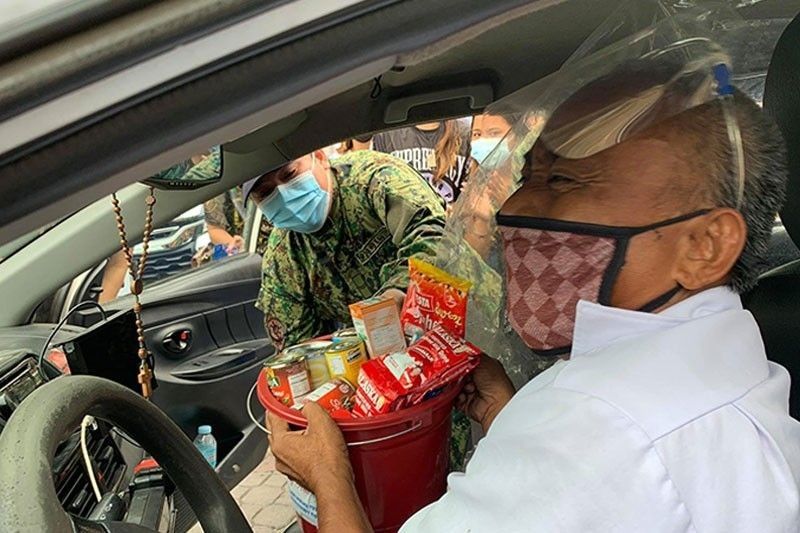 MANILA, Philippines — The gift-giving act of the Cebu City Police Office, which involved fake arrests of unsuspecting citizens, is an unnecessary display of police power that must be corrected, the Commission on Human Rights said Friday.

In a statement, the national human rights institution said it is “deeply bothered” by the holiday prank of Cebu City police dubbed as “arestoaguinaldo” and a similar prank done by the Land Transportation Office.

Lawyer Jacqueline De Guia, CHR spokesperson, stressed that serving an arrest warrant must be carried out in the name of rule of law and within the rigors of due process.

“Such process should not be trifled with nor diminished into a prank for it impacts fundamental rights and law enforcement [and] is no laughing matter,” De Guia said.

In a video posted by The Freeman, a cop was seen “explaining” the crime of estafa and reading a fake warrant of arrest to two employees selected by the Cebu police’s partner establishment. As they were about to board a police vehice, a group of cops came out, greeted them with a carol and gave a gift bag.

Eight people stood as “beneficiaries” of the “arestoaguinaldo.”

“Given the authority and power bestowed unto uniformed personnel and serious implications of an arrest, such prank may also cause distress and humiliation to target individuals,” CHR’s De Guia said.

She added the activity may also further stress out individuals who may be enduring anxiety due to the ongoing coronavirus pandemic, which has so far infected more than 450,000 people in the Philippines and battered the economy.

The prank was done amid arrests and killings of activists and rights workers, who were linked by state forces to communist rebels. In the same week, a red-tagged doctor and her husband were slain in Guihulngan City in Negros Oriental.

It was also done at a time when the Philippine National Police is facing scrutiny for the country’s brutal anti-drug campaign that has led to killings of thousands of alleged drug personalities as well as its enforcement of quarantine rules.

“In the context of prevalent red-tagging, the unresolved ‘nanlaban’ cases in the anti-drug campaign, and various arrests made in the implementation of quarantine rules, such prank may also heighten the worry of individuals who may have developed mistrust toward law enforcers,” De Guia said.

Need for a ‘more sensitive approach’

Pido Tan, CCPO advisory council, also said the intention of the activity was to give “a bundle of joy to those deserving and hardworking person,” The Freeman reported.

The intention of the project is really pure in heart that we will try to give a memorable, joyful and delightful experience,” he said.

But the CHR pointed out that using police power to showcase generosity and compassion is an “unnecessary display of power.”

“We call for the leadership of PNP to take due action and for the local PNP to implement a more sensitive approach during the yuletide season,” De Guia said. — with report from The Freeman/Iris Hazel Mascardo