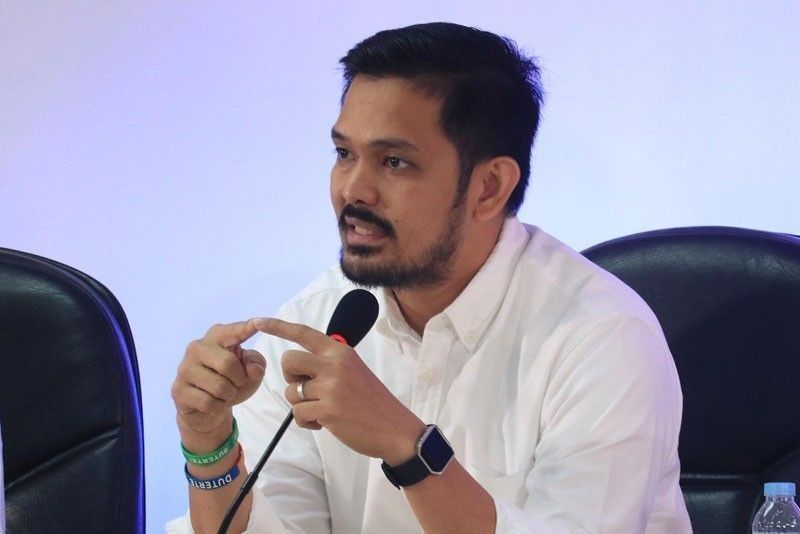 This comes after Commissioner Greco Belgica of the Presidential Anti-Corruption Commission this week said that lawmakers exert undue influence over the implementation of local projects and the movement of district engineers. House public accounts committee chairman Mike Defensor (Anakalusugan Party-list), while expressing support for the PACC’s campaign against corruption, said the “blanket accusation” was unfair and urged the anti-corruption body to “name names.”

However, Belgica on Saturday said the PACC would not disclose which solons are being investigated to the public.

“I don’t want to do blind items or make a noise board of our investigation because it would be like telling the suspect that he will be arrested and that will compromise the investigation,” he said partially in Filipino during a virtual briefing.

Belgica added that while Defensor is right to say that not all congressmen are involved in corrupt practices, not all of them are clean either.

“According [to the Commission on Audit] Report, the power that is being exercised by Congress to choose [non-governmental organizations] has compromised the system to corruption,” he said. “‘Yung kapangyarihan nila (their power) to influence the choice of district engineers and to influence the choice of contractors compromises the whole system to corruption,” Belgica added.

While public works Secretary Mark Villar has already formed a task force to probe the alleged corruption with the agency, Malacañang this week said it would prefer an independent body to conduct an investigation of its own. Duterte previously formed Task Force PhilHealth to investigate allegations of corruption against top officials of the state-run agency. Belgica said either the National Bureau of Investigation of the Office of the Ombudsman would conduct the probe, citing the PACC’s limitations.

“The PACC is limited to presidential appointees. It needs a different body like the NBI or Ombudsman to conduct the investigation,” he said.

Belgica himself has been accused of graft. The PACC exec is facing administrative and criminal complaints before the Office of the Ombudsman for allegedly whitewashing an investigation on officials of Duty Free Philippines Corp. (DFPC) supposedly involved in allowing private firms to smuggle imported goods. He has since denied these claims and has vowed to countersue the nine DFPC employees who filed the complaints for “besmirching” his reputation.

Kickbacks in the implementation of public works projects ‘an open secret’

Last week, Sen. Panfilo Lacson slammed the Department of Public Works and Highways officials and lawmakers for what he called their corrupt implementation of government projects.

“It has become an open secret that commissions or kickbacks have become the rule rather than the exception in the implementation of public works projects involving not only some corrupt officials of the department but some legislators as well,” he said.

As officials from the DPWH last Wednesday faced a Senate panel deliberating on their proposed budget for 2021, Lacson questioned the agency’s move to cut funding for vital national projects while increasing allocations for local projects that were apparently pushed by congressmen. The senator said he identified a total of P70 billion in the budget allocated for “multi-purpose buildings” across the country.

“What I noticed as a pattern—that’s why I ask if there were some interventions from some legislators—in general, we saw the local projects balloon and what was reduced was the national projects,” Lacson told Public Works Secretary Mark Villar.

Later that evening, after DPWH officials fielded questions from senators for almost six hours, Duterte slammed the public works agency for its corrupt practices but said he did not not know who exactly is behind the alleged graft in the department.

House Speaker Lord Allan Velasco (Marinduque) earlier assured the public that there would be no “pork barrel” or “parked” funds in the P4.5-trillion national budget for next year.  — Bella Perez-Rubio with reports from The STAR