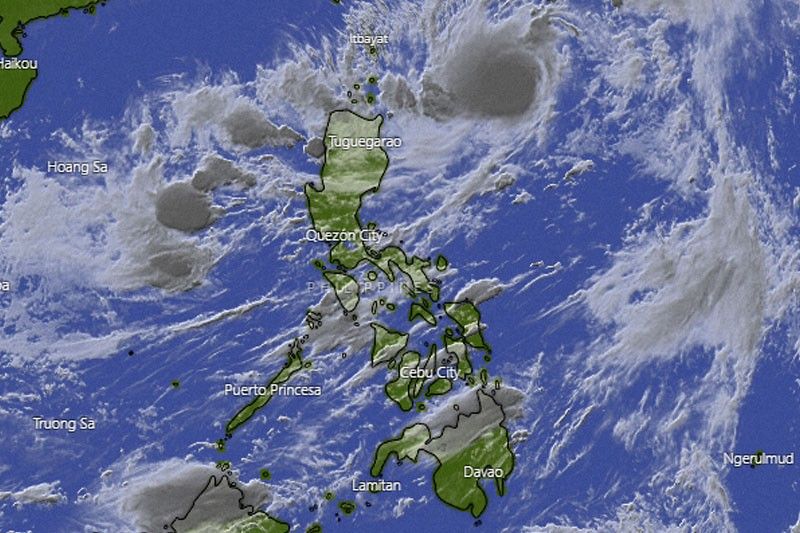 PAGASA: 1 to 3 more storms may enter Philippines on November

MANILA, Philippines — PAGASA on Monday said one to three more storms may still enter the country this November after the onslaught of Super Typhoon ‘Rolly’ and Tropical Storm ‘Siony’ still in the Philippine Area of Responsibility.

The state weather bureau said this forecast is based on the number of weather disturbances that usually pass through the country during November in the previous years.

PAGASA said two tracks of these storms have been observed: one which hits the Luzon area but turns toward the southern part of Japan, and the second hitting the central part of the Philippines including Visayas area as well as northeastern part of Mindanao.

Once these storms enter the country, the agency said they will be named as “Tonyo,” “Ulysses” and “Vicky.” The Philippines has so far seen 19 tropical storms this 2020, with five entering the country in October, when PAGASA announced the onset of the La Niña.

Weather forecasters said this season may prolong until March 2021, where the country will see above normal rainfall conditions and five to eight tropical cyclones hitting.

Rolly, which had since weakened into a tropical storm from being a super typhoon, was last seen at 225 km west of Iba in Zambales, with now packing 65 kph peak winds and gusts of up to 80 kph.

PAGASA said its trough or extension will continue to bring rains and cloudy skies over the western portions of Luzon, Visayas and Mindanao.

Tropical Storm Siony, meanwhile, was spotted at 655 km east of Calayan in Cagayan also with maximum sustained winds of 65 kph as well as gustiness of up to 80 kph. It continues to move generally north with a speed of 25 kph.

The agency said that while it is likely to remain a tropical storm in the next 36 to 48 hours, it may soon develop into a severe tropical storm as it approaches extreme northern Luzon and eventually a typhoon.

Siony’s extension is seen to bring cloudy skies and isolated rains and thunderstorms over Batanes, Babuyan Islands, Cagayan, Isabela and the other parts of Cagayan Valley, Apayao, Calinga and Ilocos Norte.

The remaining parts of Luzon including Metro Manila, meanwhile, may see a generally fair weather condition tomorrow Tuesday, but with thunderstorms by afternoon and night.

The havoc left by Rolly as a super typhoon has left 16 people dead, along with hundreds of thousands in evacuation shelters and severe to heavy damage in various areas in Luzon. — Christian Deiparine