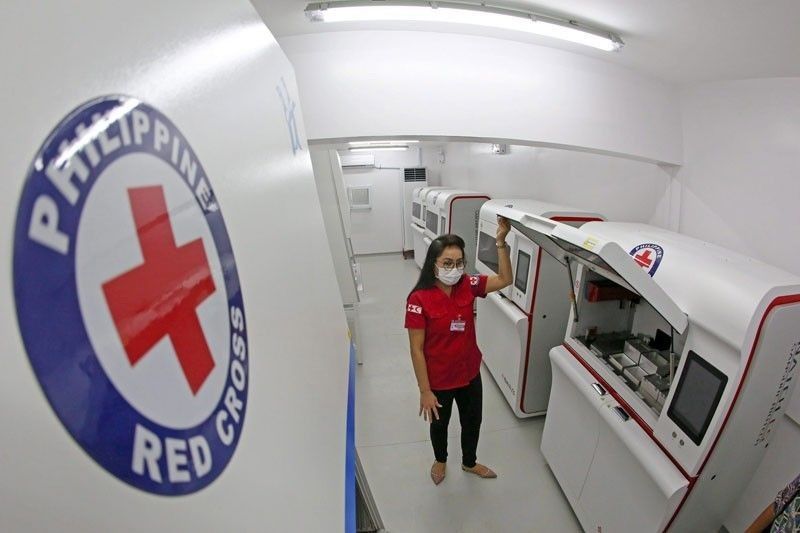 Palace: Duterte’s promise to pay should be enough for Red Cross to resume testing

MANILA, Philippines — President Rodrigo Duterte’s earlier promise that the Philippine Health Insurance Corp. would be soon fulfilling its P930 million debt to the Philippine Red Cross should already be enough for the latter to resume its coronavirus testing, his spokesperson said Wednesday.

Speaking in an interview aired over CNN Philippines’ “The Source”, presidential spokesperson Harry Roque said that the Red Cross, which conducts around one-fourth of all coronavirus tests in the country and the most tests on returning overseas Filipino workers, would be paid back at least half of its due debt within the next two weeks.

To recall, the Philippine Red Cross put a temporary stop to its COVID-19 testing after the Philippine Health Insurance Corp. over the agency’s failure to settle its overdue balance of over P930 million.

Gordon is chairman of the Philippine Red Cross.

“I don’t think there’s any reason for the Red Cross to doubt that the president is committed to pay. The president has already committed to PhilHealth, so I think it will be paid within this week or next week,” he also said.

The Philippine Red Cross has screened more than a million COVID-19 tests out of the over three million who have been tested for the pathogen. Earlier, the group said that it needs PhilHealth’s payments in order to purchase test kits and reagents from China, which cost around $6 million per order.

On Tuesday, labor chief Silvestre Bello III disclosed that repatriated OFWs that some 4,000 returning workers were rendered unable to be tested, and consequently unable to return to their hometowns due to the delayed payment on the part of PhilHealth.

At his public address Monday night, the chief executive assured the humanitarian organization that its debt would be paid but that it would “take time.”

Roque said that there had already been an agreement brokered between the government and the organization, adding that the latter had already agreed to the initial payment of 50%.

“I believe there is now an understanding between the government and Red Cross that their services will continue,” he said.

“The controversy should be over because the commitment to pay has come from no less than the president.”