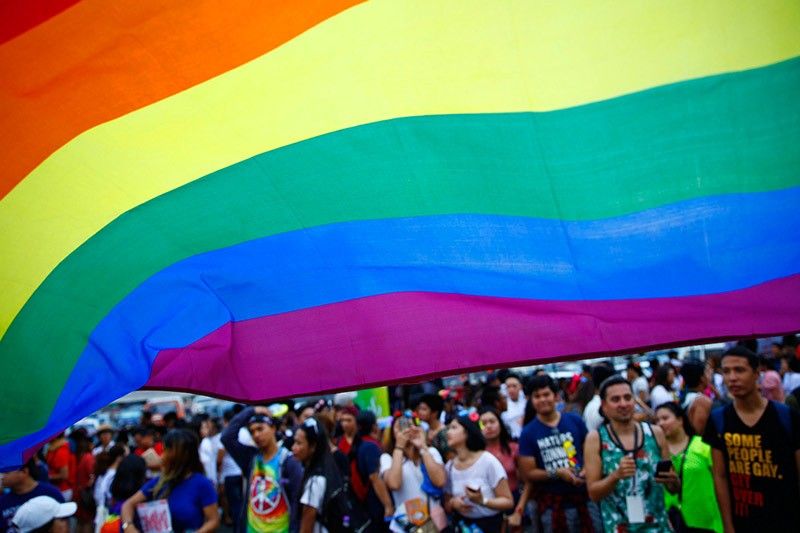 MANILA, Philippines — Following Pope Francis’ landmark endorsement, Malacañang on Thursday reiterated President Rodrigo Duterte’s support for same-sex civil unions but said it was up to Congress to pass a law allowing the same.

“The president has said it over and over again, he is in favor of a law that will recognize civil union in same-sex relationships,” presidential spokesman Harry Roque said in Filipino during a virtual briefing.

Roque added that whether the law will pass within Duterte’s term depends on Congress’ priorities.

“With no less than the Pope supporting it, I think even the most conservative of all Catholics in Congress should no longer have a basis for objecting,” he said, referring to civil unions.

Malacañang has repeatedly clarified that while the president is in favor of civil unions, he opposes same sex marriage. In January, the Supreme Court junked a plea for same sex marriage. One of the reasons it rejected the petition, the SC said, is because Congress is the better avenue to push for same-sex marriage.

READ: Why the SC junked Falcis’ plea for same-sex marriage

Former House Speaker Pantaleon Alvarez (Davao del Norte) on Thursday lauded Pope Francis for taking an “enlightening and courageous” stance, and urged the passing of House Bill No. 2264 or the “Civil Partnership Act,” which he authored. The bill is currently pending at the House Committee on Women and Gender Equality.

“With Pope Francis (the leader of the Roman Catholic Church) sharing his thoughts about this issue, let us be optimistic that more legislators in the House and in the Senate become open and supportive to the objectives of the House Bill No. 2264. Our LGBT brothers and sisters deserve to have protections, under the law, for their respective union with the person they choose to be their life partner,” he said.

“On my part, I understand that the opposition against civil unions come from members of our community with conservative views,” Alvarez said. However, like Roque, he challenged the validity of these views.

“But let us ask, is there really reason to oppose Civil Unions based on conservatism? After all, if two persons choose to love, cafe for, support (and be faithful to) each other, and to have these rights, duties, and obligations protected and enforceable by law, is this not conservatism too?”

House Bill No. 1357 or “An Act Recognizing the Civil Partnership of Couples, Providing their Rights and Obligations” is also pending before the same committee in the lower house, and its author, Rep. Bernadette Herrera-Dy (Bagong Henerasyon Party-list), is hopeful that the Pope’s endorsement will move it forward as well.

“The public support of Pope Francis for the enactment of civil union laws could be exactly the impetus needed so that opposition to the civil partnership bill will melt away,” she said.

According to Herrera-Dy, HB 1357 covers property relations between same-sex partners, child care, inheritance, donations to each other, adoption, social security and insurance.

“They have the right to take care of each other as well as their family which they have formed or will form. That will be recognized in HB 1357 if it becomes law. This is not a matter of religion. This is an issue of human rights, something that Pope Francis himself recognizes and values,” she said in FIlipino.

— with reports from Xave Gregorio