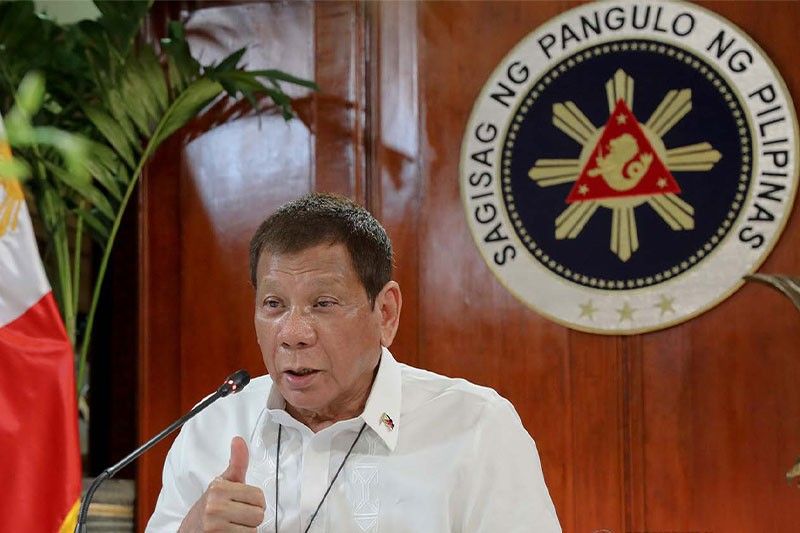 MANILA, Philippines — Malacañang on Monday deferred queries on access to President Rodrigo Duterte’s unreleased Statements of Assets, Liabilities and Net worth from 2018 to 2019 to the Ombudsman, which has restricted access to the public documents.

The agency’s order in September has limited the release of public officials’ SALN only to government, courts and authorized representatives of the declarants in a move that has since been criticized.

In a press briefing, presidential spokesperson Harry Roque said they leave it to the Ombudsman Samuel Martires’ office to respond to questions on the availability of Duterte’s SALNs in 2018 and 2019.

Roque also denied that such a move goes against the administration’s policy on transparency in government.

(We don’t think so because the Ombudsman is following new guidelines. Perhaps since it is a constitutional body, we ought to follow those guidelines.)

The Philippine Center for Investigative Journalism over the weekend made public the copies of SALNs it has obtained, from former president Corazon Aquino’s first wealth disclosure in 1989 up until Duterte’s 2017, which was the last that has been made available.

“When we asked for the president’s 2018 SALN the following month, the Office of the Ombudsman stalled,” PCIJ said. “Our request for the 2019 filing in August 2020 was also ignored until the Ombudsman released its circular a month later.”

PCIJ added that investigative reporting on holding leaders accountable for the wealth they have gained while in office becomes difficult sans full access to SALNs.

“These documents show that President Duterte is breaking a long tradition of presidents making their annual wealth disclosures public year after year, often even without a formal request from the press or the public to do so,” they said.

At a budget hearing in Congress last month, Ombudsman Martires said the SALNs are also being weaponized against officials by individuals or their enemies in politics, on top of revealing that he had also stopped lifestyle checks on those in government.

Duterte’s net worth in his 2017 SALN showed that his net worth was at P28.5 million, up by P4 million since assuming the presidency.  Malacañang has since denied that the President was keeping anything from the public for the non-release of his wealth disclosures.

It was also Duterte who, in 2016, signed an executive order on Freedom of Information, which states that those in government are required to “file and make available for scrutiny” their SALN in accordance with existing laws, rules and regulations.