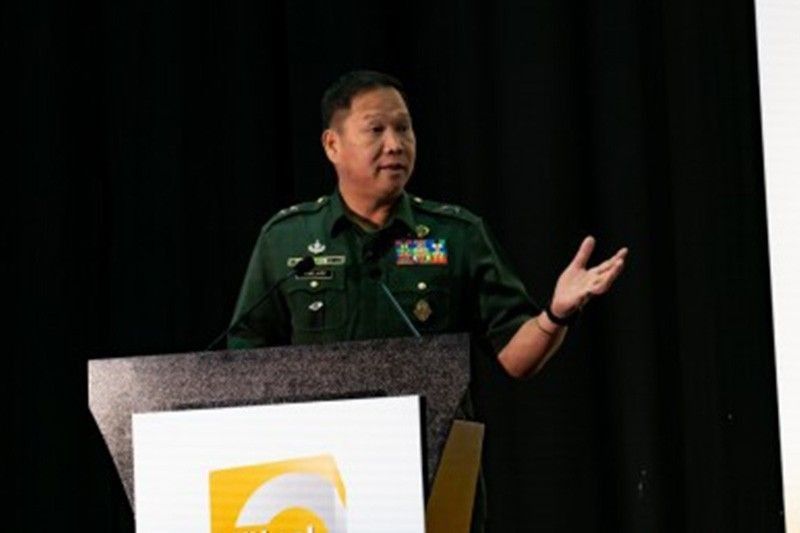 MANILA, Philippines — A senior general’s veiled threats against celebrities Liza Soberano and Catriona Gray for speaking out on women’s issues is a shame to the military and the Philippine Military Academy, an opposition senator said Thursday.

The Palace has meanwhile played down Lt. General Antonio Parlade Jr.’s statement that while Soberano is “not yet” a member of the New People’s Army, she should disassociate from women’s group Gabriela or she may end up dead.

“Don’t use your authority as a general to frighten and threaten these women,” Sen. Risa Hontiveros of Akbayan said. “Your threats and harassment are unacceptable.”

“I started as a young advocate for women’s rights, and married a military man and raised a family of four with him,” Hontiveros said. “We betray the integrity of our military, and especially our women and children by allowing abuses of power like this to happen.”

Hontiveros said that she would hold Parlade to account at the next Commission on Appointments hearing, which military officers of flag and star rank need to go through to confirm their promotions.

“Lt. General Parlade, when you sat in front of me during your appointment hearing, you were like a lamb. I gave you the benefit of the doubt during your promotion hearing because I believed that, just like my late husband Frank, you abide by the motto of the PMA: courage, integrity and loyalty,” she said, adding she is preparing for the next hearing.

“To Liza and Catriona: It is difficult and painful to be at the frontlines fighting beside persons oppressed by a norm that advocates rape, murder and exploitation. But every time you speak up, another girl becomes braver and another life is saved. I’m behind you every step of the way,” the senator also said.

Soberano was a special guest on “Mga Tinig ni Nene: Reclaiming Our Voice on the International Day of the Girl Child”, a webinar organized by Gabriela Youth, where she talked about issues that women and girls face.

“The norm of society has conditioned women and children to stay quiet when dealing with hardships and struggles because nobody is going to do anything anyway. Yet why do they also expect us women, women alike and children, to remain resilient through these struggles?” Soberano said then.

She also said that she “realized the impact of me standing up for myself, especially after I filed a criminal case against somebody who made a rape joke against me.”

On Thursday, Hontiveros told Parlade that “by silencing [these women], you are letting the violence, rape and abuse that many Filipinos experience pass.”

She added: “This is a shame to your rank and to the PMA.”

Soberano’s appearance on the webinar led to her being accused of being a communist sympathizer and a member of the New People’s Army, an allegation often raised against members of activist groups. Aside from attention from Gen. Parlade, she has has also been targeted on social media.

Parlade warned Soberano that she might share the fate of Josephine Anne Lapira, a 22-year-old student from UP Manila who was killed in a shootout between the military and suspected members of New People’s Army in Batangas, in 2017.

Although Parlade acknowledged that the actress “is merely supporting advocacy for women’s rights,” the general also said that Soberano “is not yet” a member of the NPA.

He also accused the party-list, which has a representative at the House, of being an underground mass organization with a “hidden violent agenda.”

“Liza Soberano, there’s still a chance to abdicate that group. If you don’t, you will suffer the same fate as Josephine Anne Lapira @ELLA, former Deputy Secretary-General of Gabriela Youth of UP,” Parlade also said.

“The choice is yours Liza. And so with you Catriona,” he also said.

Soberano’s lawyer Jun Lim on Thursday said her legal counsels “denounce in the strongest terms the ‘red-tagging’ of our client, Ms. Liza Soberano in some social media platforms.” He added that Soberano is “apolitical” and that “expressing her love and respect for women and children is her personal advocacy.”

Presidential spokesperosn Harry Roque, in a press briefing, played down Parlade’s statement, saying in Filipino that “the issue is the communists possibly taking advantage of the advocacies of personalities like Liza and Catriona.”

Roque also said that the Palace does not have any issues with Soberano’s and Gray’s advocacies since “the president also advocates women’s rights and his track record is clear on that.”