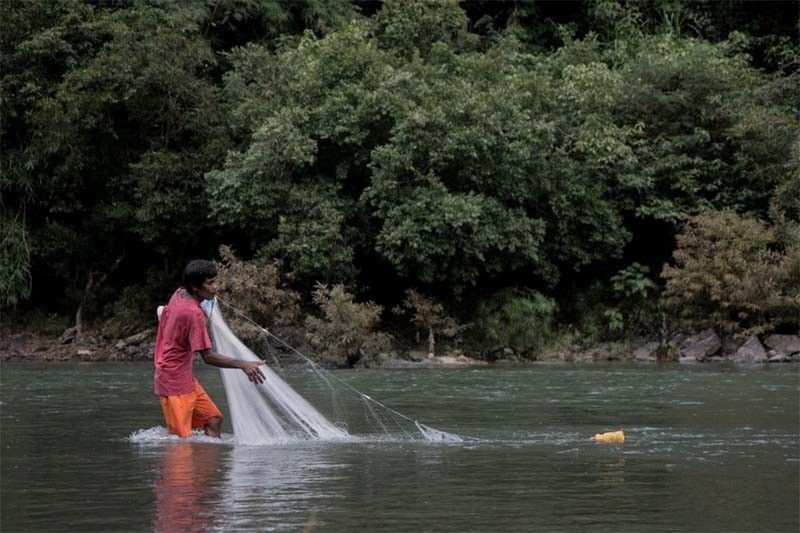 MANILA, Philippines — A non-government organization asked Wednesday the proponents of the planned Kaliwa Dam to listen to the voices of communities who will be most affected by the China-funded project

The dam project will displace the indigenous communities in the provinces of Quezon and Rizal and will inundate their ancestral lands once it is completed, Fr. Pete Montallana, head of the Save Sierra Madre Network, said during the launch of a book chronicling the effects of China’s Belt and Road Initiative projects.

“The area will be submerged and people do not understand that this Build, Build, Build [program] and the Belt and Road Initiative, which objectively want to help people, is actually being a road that will pave the way for the extinction of this tribe,” Montallana said.

“The tribal people are like fish. If you remove the fish from the water, they will die. If you move them from their ancestral domain where they have been for centuries, they will surely die,” he added.

A 2016 paper of Reazul Ahsan of the Malaysia Sustainable Cities Program stated that “displacement due to physical development encompasses more than the loss of land: displaced communities also lose their social structure, control over their lives, traditional living patters and economic activities, and control over natural resources.”

In an October 6 forum, Leodema Doroteo, a member of Dumagat community in Rizal, said they are not against development but stressed that the dam project must not affect their lives in exchange for quenching the thirst of Metro Manila residents.

“We can go up the mountains but we will adjust again. We will alter our way of life, we will start over again,” she said.

NewsX: In the abundance of water

Kaliwa Dam is meant to be a medium-term water source for Metro Manila, complementing Angat Dam in Bulacan, the current main source. It is expected to add 600 million of liters per day to the capital region’s water supply.

The Metropolitan Waterworks and Sewerage System, the proponent of the dam project, obtained in October last year an environmental compliance certificate for the undertaking despite opposition from environmental groups, indigenous peoples and local governments.

Thousands of households in Rizal and Quezon are expected to be at risk of flooding and other effects of possible dam failure once the project is completed.

The area is also home to threatened flora and fauna, including critically-endangered native tree species such as Yakal Saplungan, Bagtikan, White Lauan and Tanguile.

“I think it’s very important that this Belt and Road Initiative should take care of the Earth, take care of everybody. For all of us who are still survivors, we need to exert all the efforts to conserve the environment,” he added.

The book “Belt and Road through My Village”—co-produced by eight NGOs—is a collection of interviews with over 100 village people who live on sites where BRI projects are being undertaken.