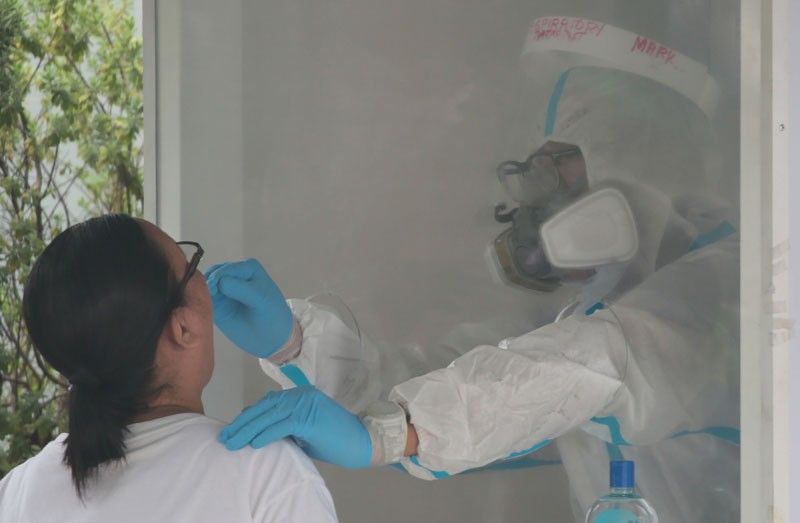 MANILA, Philippines — The Philippine Red Cross (PRC) has rolled out trials for saliva tests, which it deems a cheaper and faster alternative in tracing the novel coronavirus.

The trials, which began on Sept. 18 at the Palacio de Maynila, have passed requisites and are now awaiting the Department of Health (DOH)’s approval before saliva tests can be institutionalized in the country.

According to the organization, the PRC met with Dr. Diane Ranoa, a Filipino scientist at the UIUC who is an expert in the development of the saliva test.

Soon after the study protocol passed the requisites, the test was forwarded to the University of the Philippines Research Board for Ethics Review Board Clearance and Approval (UP-ERB).

The PRC said that for the test to move forward to national use, the DOH would oversee its effectiveness twice under its clinical laboratory panel.

“The saliva test passed twice, and it is now under the health technologist-panel of DOH, nearing full approval,” the PRC said in a statement yesterday.

“(We are) now awaiting full approval from the DOH and leading agencies concerned after meeting the standards of the reverse transcription polymerase chain reaction (RT-PCR)—a laboratory measure used in detecting the severe acute respiratory syndrome-associated with coronavirus or SARS-CoV,” it added.

Saliva tests, according to PRC, are more convenient than swabs due to their non-invasive viral collection procedure.

Sample processing time, according to them, is also shorter with three hours instead of the 6-7 hours for swab tests.

“The best news in fact, is that saliva tests are cheaper by at least half the price since there is a cheaper labor cost, few equipment and reagents to be used in a lesser running time conclusive and concordant with the swab tests,” PRC chairman Sen. Richard Gordon said.

Meanwhile, the DOH reported that the number of confirmed COVID-19 cases nationwide rose to 363,888 after the addition of 1,664 newly reported cases yesterday.

The DOH also reported 843 additional recoveries, bringing the total of patients who survived the infection to 312,333.

Of the 1,664 newly reported cases, DOH said 92 percent or 1,526 occurred within the past 14 days. Most or 29 percent of the newly recorded cases came from National Capital Region, 15 percent from Calabarzon and 11 percent from Western Visayas.

Nine laboratories, the DOH said, were unable to submit their data to the COVID-19 Data Repository System onOct. 21.