OPM singer Bugoy Drilon performs his own rendition of "Kailangan Kita" live on the Wish 107.5 Bus! The heartrending OPM classic is an original...
More 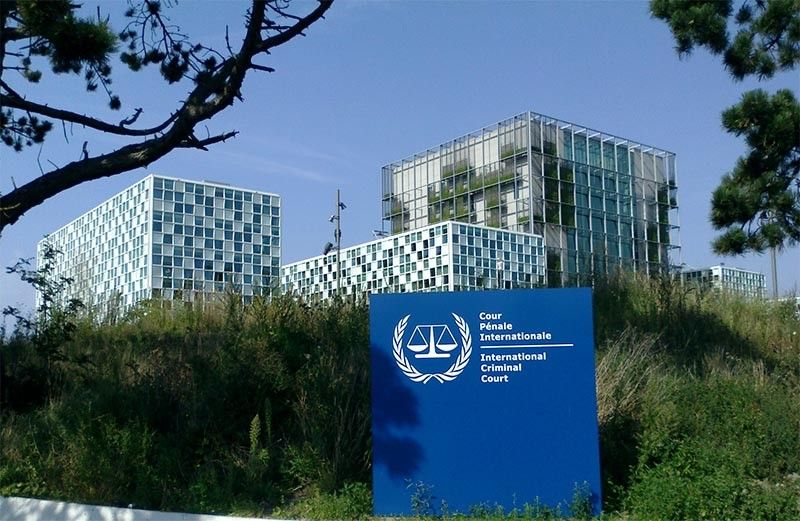 Red-tagged lawyer corrects Trillanes on being counsel for rebels

MANILA, Philippines — An international law expert corrected former Sen. Antonio Trillanes IV for linking him to communist rebels, stressing the dangers of red-tagging, a practice that has led to brutal murders of activists and rights workers.

Trillanes made the statement on Thursday, in statements to news desks and later on his social media accounts, amid activists being arrested and killed, and in the same week that a red-tagged doctor and her husband were murdered in Negros Oriental.

Trillanes said he filed a communication with the ICC alleging crimes against humanity by President Rodrigo Duterte in June 2017, saying also that this was the basis of the preliminary examination started by the ICC’s prosecutor in February 2018.

In a series of tweets on Friday, Bagares asked Trillanes to correct his statement, saying he started getting messages from people red-tagging him. “I did not file a communication to the ICC for the CPP-NPA-NDF,” the laywer said.

Bagares explained that what he earlier said was lawyer Jude Sabio’s filed communication—which he later withdrew—was infirm from the beginning “because it covered matters not subject to the ICC’s temporal jurisdiction.”

In a January 2020 Philstar.com report, Bagares who was speaking as counsel of the Philippine Coalition for the ICC, said Sabio’s filing “was largely irrelevant as it dealt with matters before [Duterte] became president.”

On Friday, Bagares asked Trillanes to “[p]lease get my name off your social media accounts falsely identifying me as a lawyer for the CPP-NPA-NDF.”

Duterte as well as the police and military have been conflating activists and activist organizations with combatants in a communist insurgency that began in 1969 and that is rooted in social conditions that existed long before the Communist Party of the Philippines was formed.

“You are irresponsible to do this to begin with, when people—lawyers, doctors, human rights workers—are being killed after being red-tagged,” he added.

The National Union of Peoples Lawyers for its part explained they assisted in the August 2018 filing of communication of seven families whose kin were victims of extrajudicial killing.

NUPL has since filed two supplementary pleadings, including one accusing the Philippine National Police of adjusting data on the number of people killed in anti-drug operations “in their attempt to shield the perpetrators and cover up the actual number of deaths.“

NUPL president Edre Olalia said they received information that more than 50 communications were filed before the ICC.

“As to whether the CPP-NPA-NDFP filed their own after his submission, we do not have information or knowledge on that claim sufficient enough to form a conclusion as to the truth or falsity thereof,” he also said.

He added there is no indication that any one communication was the basis of the ICC Office of the Prosecutor’s preliminary examination.

Olalia said: “For us, it does not matter who filed first and whose communication was the basis, whether exclusive, primary or otherwise. It is also not an issue of credit or stature. Neither is it which group is the most vocal, consistent, principled and unflinching in fighting for human rights of the people regardless which perpetrator is involved.”

“It is and will always be justice for the victims, abatement of impunity and prevention of further violations. Let us not lose sight of that,” Olalia added.

ICC Prosecutor Fatou Bensouda released a report on December 15 stating there is a “reasonable basis to believe” that crimes against humanity had taken place in the government’s anti-narcotics campaign.