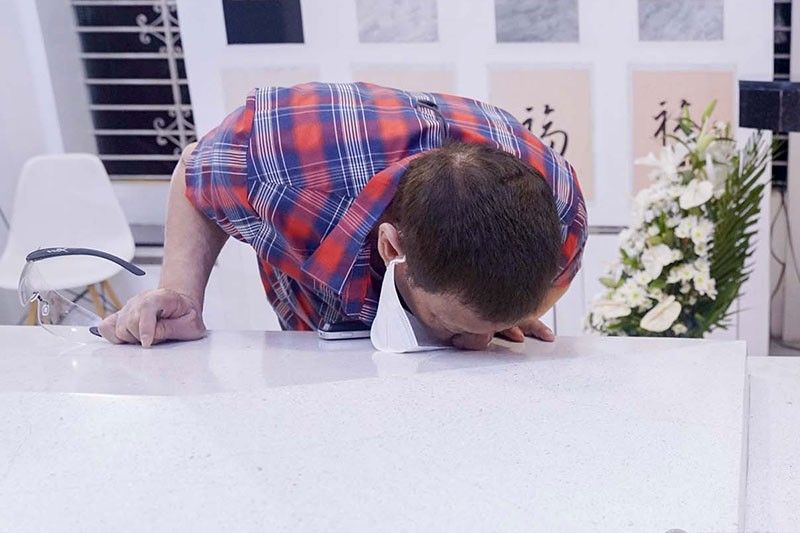 Roque defends late ‘Rolly’ briefing: It was a Sunday

MANILA, Philippines (Updated 3:32 p.m.) — President Rodrigo Duterte was not in the high-level briefing of government agencies on Super Typhoon Rolly because it was a Sunday, presidential spokesperson Harry Roque said.

Roque led the briefing of Cabinet secretaries on Sunday morning at the office of the National Disaster Risk Reduction and Management Council, after Rolly made its first landfall in Bato, Catanduanes at around 4:50 a.m. Duterte, who is in Davao, was not present and did not participate in the briefing, even through videoconferencing.

(Well, because we are expecting the landfall yesterday, and honestly, it was a Sunday.)

He said that even if it was a Sunday, Cabinet officials attended the briefing to give updates on government preparations for Rolly, the strongest typhoon in the world in 2020 that hit the country.

Then a severe tropical storm, Rolly entered the Philippine Area of Responsiblity on Thursday night. A day later, at Philippine time, the United States military weather bureau reported that Rolly will likely intensify into a super typhoon as it barrels towards landmass.

(So the question, why only yesterday? Because the storm only entered yesterday, and before that, the NDRRMC has been conducting continued briefings.)

Duterte to fly back to Manila

In a separate update, Roque said Duterte will be flying to Manila from Davao on Monday. The president will meet with officials in the afternoon, the STAR also reported.

“En route to Manila, he will be conducting an aerial inspection in Bicolandia and Calabarzon,” Roque said, which are regions that will be flown over in usual air travels to Manila from Davao.

Roque said Sunday that the president ordered the meeting with Cabinet officials and the NDRRMC. He added that Duterteerte has been monitoring and giving instructions amid the onslaught of Rolly.

State weather bureau PAGASA on Monday noon lifted all storm signals over the country as Rolly moves away from the Philippines.

Vice President Leni Robredo posts photos of the first signs of devastation brought about by Typhoon Rolly in Camarines Sur.

Robredo says she left Manila before dawn on Monday to visit the typhoon-hit province.

The vice president will also be visiting Albay and Catanduanes.

Left Manila before dawn today. Just arrived CamSur and these were the first signs of devastation we saw. Will be going around Albay and Catanduanes, as well.

Two helicopters of the Philippine Coast guard have been deployed in Catanduanes to conduct damage assessment and emergency response operations.

The coast guard also deployed its BN Islander plane to identify hotspots in the province where immediate rescue and relief missions are needed.

After being away from the public eye over the course of Super Typhoon Rolly’s battering over the weekend, President Duterte will conducting an aerial inspection of typhoon-hit areas in the Bicol and Calabarzon regions of Luzon.

“En route to Manila, he will be conducting an aerial inspection in Bicolandia and Calabarzon,” he added. — Report by Alexis Romero

On its way out, it is expected to weaken further from a storm to a tropical depression.

The storm, which has maximum sustained winds of 65 km/h near the center and gustiness of up to 80 km/h.

“On the forecast track, ‘ROLLY’ is expected to exit the Philippine Area of Responsibility (PAR) tomorrow morning,” PAGASA says. “It is forecast to remain as a tropical storm throughout the forecast period.”