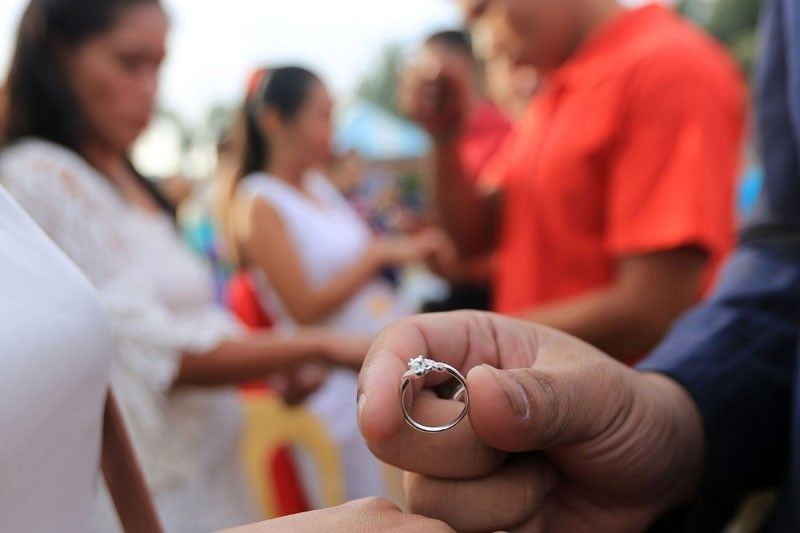 MANILA, Philippines — The Supreme Court has affirmed prison sentence of a husband who left his wife for another woman, as it upheld lower court findings that infidelity counts as psychological violence.

The SC’s First division upheld the lower court’s finding of guilt beyond reasonable doubt of a husband, who left his wife for his mistress, charged with violation of Republic Act 9262 or the Anti-Violence against Women and Their Children Act of 2004.

“The prosecution has established beyond reasonable doubt that the [husband] committed the crime of psychological violence, through his acts of marital infidelity, which caused mental or emotional suffering on the part of [his wife],” the ruling penned by Chief Justice Diosdado Peralta read.

The SC affirmed his prison sentence of a minimum of six months and one day to eight years.

It also ordered him to pay P100,000 as fine and P25,000 for moral damages. The husband was also ordered to undergo psychological counselling and report his compliance to the court.

Section 5(i) of RA 9262 penalizes “causing mental or emotional anguish, public ridicule or humiliation to the woman or her child, including….denial of financial support or custody of minor children roc cess to woman’s child/children.”

In Dimamling v People, the SC laid down the elements of the said provision that includes “the anguish is caused through acts of public ridicule or humiliation.”

The case involves a husband and wife who got married in 1989, but in 2007, she found out that her spouse was having an affair.

But two months later, the husband left her wife and she later learned that he has been living with his mistress and fathered three children with her.

The wife said she suffered emotional and psychological abuse. She also had to take anti-depressant and sleeping pills to cope.

The husband elevated the case to the SC after the Court of Appeals affirmed the Las Piñas City Regional Trial Court Branch 199’s ruling that found him guilty.

Referring on the Information or charge sheet against the husband, the SC noted that it contained recital of the fact that the wife “sustained emotional anguish and mental suffering” inflicted by the husband when he had an extramarital affair and had illegitimate children with her.

The court said that the prosecution established the husband’s guilt by “proving that he committed psychological violence upon his wife by committing marital infidelity.” The wife’s testimony was also deemed strong and credible.

“Marital infidelity, which is a form of psychological violence, is the proximate cause of [wife]’s emotional anguish and mental suffering to the point that even her health condition was adversely effected,” it said.

Proximate cause is defined as “which, in natural and continuous sequence, unbroken by any efficient intervening cause, produces injury, and without which the result would not have occurred.”

The SC also noted that during the trial, the husband said he left his wife to live with his mistress because he “couldn’t take her behavior anymore,” and confirmed that he did this even knowing that their separation would make her suffer emotionally and psychologically.