Sports News – Palawan Queen’s Gambit: Shania Mendoza and a habit of bouncing back 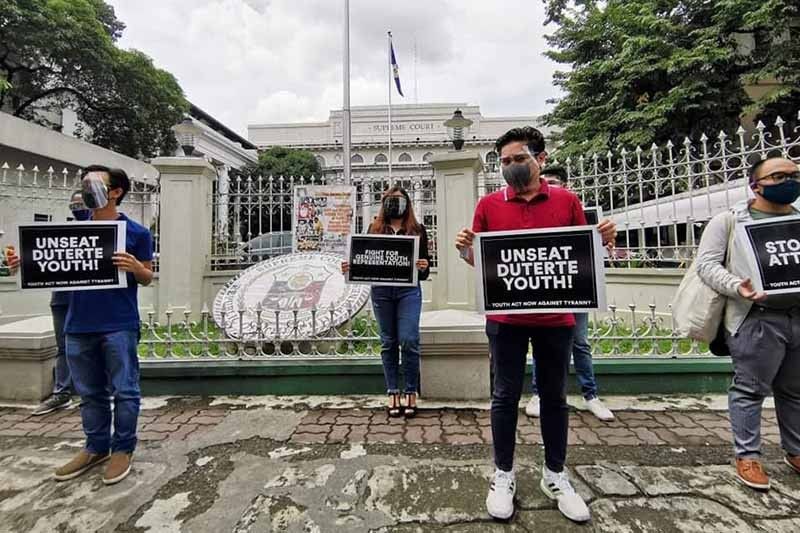 MANILA, Philippines — Youth leaders on Tuesday brought their objection to Rep. Ducielle Cardema (Duterte Youth)’s proclamation as a member of the House of Representatives to the Supreme Court.

Five petitioners filed a Petition for Certiorari and asked the SC to strike down the Commission on Elections’ minute resolution issuing a certificate of proclamation to the Duterte Youth party-list and entitling Cardema to sit as its representative in Congress.

They asked the SC to declare the Resolution No. 20-0382 as “void ab initio” or void from the beginning “for being premature for having been issued by the Comelec en banc without its Second Division first resolving the prejudicial questions” raised in their earlier filed case seeking the cancellation of Duterte Youth’s registration.

“This brazen accommodation of the seemingly sacred Duterte Youth is the most unconstitutional act ever done by Comelec in its 80-year history. This constitutes grave abuse of discretion amounting to lack or excess of jurisdiction,” they said.

The petitioners, represented by lawyer Emil Marañon III, had also questioned the Duterte Youth’s accreditation before the Comelec. They sought the nullification of the accreditation arguing that the party-list’s petition for registration had not been published or go through a public hearing, a requirement of the law and the Constitution.

A separate petition seeking the disqualification of Cardema, who substituted for husband Ronald, the controversial commissioner of the National Youth Commission who was disqualified to run as a youth representative for being too old, was also filed and remains unresolved, the petitioners said.

Ronald Cardema, who was deemed to have quit his post at the NYC by running for party-list representative has since been reappointed to the commission as a “commissioner-at-large.”

Petitioners said that their previously filed case is still unresolved. “If there is a finding… that Duterte Youth is not registered, then [Ducielle] cannot be proclaimed for being effectively a non-candidate,” their petition read.

But even with at least two petitions filed, the Comelec en banc voted to adopt the recommendation and issued a Certificate of Proclamation of Duterte Youth party-list, entitling Ducielle Cardema to sit as its representative, the youth leaders pointed out to the SC.

They added that if Cardema’s proclamation is not stayed, their rights as petitioners in the earlier filed case will be violated since a proclamation would amount to the Comelec en banc prejudging their case.

The youth leaders also said that allowing Cardema to hold office will be an injustice to them and the sector they represent.

Her assumption as representative for the youth sector “would unduly deprive petitioners of true and effective representation in said body and would erode the public’s truist in the party-list system,” they added.

Mere days after she was sworn in as member of the House of Represntatives, Cardema filed a resolution seeking a probe into the supposed use of “front organizations” to recruit for the New People’s Army.

Petitioner Raoul Manuel, convenor of Youth Act Now Against Tyranny, said that the proclamation of Duterte Youth is part of the administration’s bid to control the House of Representatives.