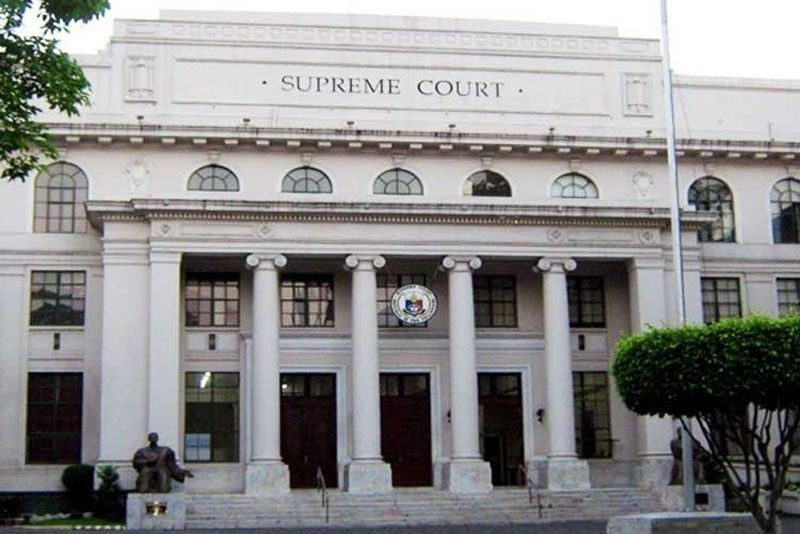 MANILA, Philippines — With the implementing rules and regulations or IRR of the anti-terrorism law already in place, Integrated Bar of the Philippines (IBP) national president Domingo Cayosa hopes there will be no more reason for the Supreme Court (SC) to delay the hearing on the 37 petitions filed against the ATL.

In an interview with “The Chiefs” aired Tuesday night on One News/TV5, Cayosa noted that apart from the initial announcement that the SC might hold oral arguments on the petitions filed against the ATL sometime third week of September – which did not push through – there has been no other announcement on the oral arguments.

“As we all know the Supreme Court does not have a definite schedule for these things, but it is also possible that (it) would wait for the IRR, perhaps it would clarify some things… We are hopeful that after the IRR, there would be no reason for delay and they would calendar the oral arguments,” he said.

“For this particular case, the Supreme Court has not set any” schedule for oral arguments, according to the IBP chief.

He stressed that the SC does not need to wait for the IRR and could have proceeded with the hearing on the petitions.

Cayosa, however, explained that they do not know the workload of the high court and if it is encountering problems with its adjustments and online connection amid the COVID-19 pandemic.

He also said the Department of Justice (DOJ), which has been tasked to lead the technical working group crafting the ATL-IRR, had explained that the IRR could not go beyond what is stated in the law nor can it amend the law.

He likewise admitted that the crafters of the ATL-IRR indicated a specific 48-hour timeframe for law enforcers to inform the court of a warrantless arrest made, when they could have placed “just immediately.”

“We were dismayed because when we looked at the IRR, it gave them at least 48 hours regardless of the circumstances. They should have left that, ‘just immediately,’ depending on the circumstances,” Cayosa said.

ATL-IRR spokesman DOJ Undersecretary Adrian Sugay earlier explained that they placed a 48-hour time period on the request of law enforcers on the ground, who mentioned the difficulty they sometimes experience in remote areas.

Cayosa, however, cited the situation in urban areas such as Metro Manila when it is easier to get to a court and would not have required two days or 48 hours.

“I think this has to be made very clear to them, the provisions of this law. It specifically refers to terrorism, but it has to be clear because some might have a different interpretation. We just really have to make sure,” he said.

He added that when they were crafting the ATL-IRR, the definition of a terrorist was clear to them.

“We have a very clear concept of what a terrorist is, and I would like to hope that we can disseminate this concept to law enforcement agencies and to whoever will be implementing this,” he said.

The DOJ led the technical working group that prepared the ATL-IRR.

Assuring once again that the military will not abuse its powers and authority, Armed Forces of the Philippines (AFP) chief Gen. Gilbert Gapay directed government troops yesterday to ensure proper and deliberate implementation of the recently enacted ATL at all times.

“We know how this law would greatly help us in building our confidence and poise in our operations. I am confident, and I know for a fact that every man and woman of the AFP is responsible, accountable and objective enough to enforce this law,” Gapay said.

The AFP chief talked to the officers and enlisted personnel of the military’s Central Command (CentCom) at Camp Lapu-Lapu, Cebu City as part of his continuing command visits.

After a briefing on the area’s security situation and ongoing operations, he addressed officers and soldiers and congratulated the troops for managing the situation in the area, especially Cebu, which was hit hard by the COVID-19 pandemic.

“While we continue to contribute and help in the national efforts to curb COVID-19, our main priority remains to be our triumph in eliminating communist terrorist groups and local terrorist groups, which makes sense, for our enemies are also taking advantage of these trying times to pursue their propaganda. We cannot let that happen. We must not let that happen,” Gapay said.

The AFP said CentCom has recorded a total of 533 surrenders of both regular members and supporters of communist terrorist groups from Jan. 1 to Oct. 15 this year and reported 28 enemy fatalities and 74 apprehensions in legitimate combat operations during the period, with 173 high-powered and low-powered firearms, 75 improvised explosive devices and 42 encampments seized from the enemy.

“Let us work hard toward intensified operationalization of Executive Order 70, for we already earned significant gains through this whole-of-nation approach. With the continuous involvement of the local government units, local communities and other stakeholders, we can reach greater heights and yield more successes in this fight against insurgency,” Gapay said. – Michael Punongbayan