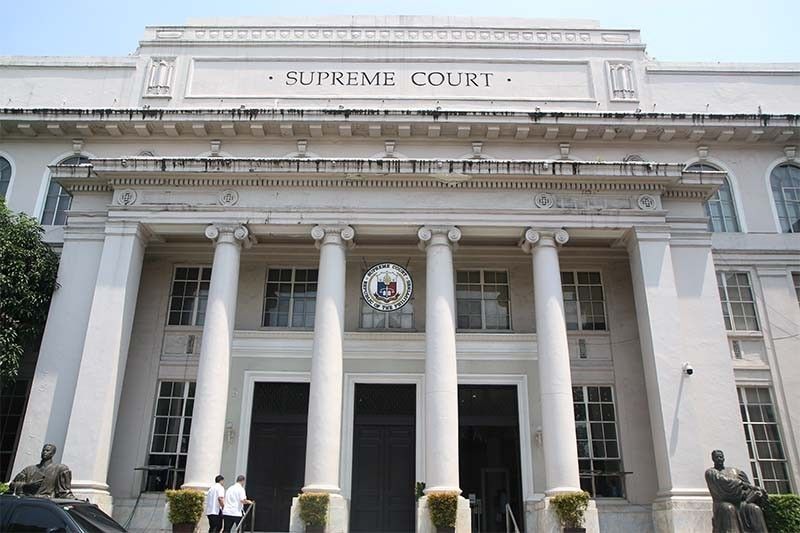 MANILA, Philippines — The Supreme Court welcomed Justice Secretary Menardo Guevarra’s offer to assist in weeding out corruption in the Judiciary, as it noted that the tribunal has its own bodies to investigate its ranks.

President Rodrigo Duterte has tapped Guevarra to lead a “mega task force” to probe the “entire government” of corruption. The justice secretary said in an interview with DZBB that the focus will mostly be on national agencies under the executive, but if the Judiciary needs help in cleansing their ranks, the task force is ready to assist.

SC spokesperson Brian Hosaka welcomed Guevarra’s offer to assist the Judiciary. “The same is very much appreciated,” he told reporters.

“Any assistance for the good of the institution and to protect its integrity should not be shunned, but instead welcomed,” he added.

Hosaka however noted that Guevarra acknowledged first that the Judiciary has its own system of investigating corruption within its offices.

The SC has established the Judicial Integrity Board and the Corruption Prevention and Investigation Office that are mandated to investigate complaints against justices, judges, officers and personnel of the Judiciary.

The JIB and CPIO were first created in 2018 but were put on the back burner for a review of the boards’ functions. The tribunal approved amendments two bodies in July.

Hosaka explained that the SC has administrative supervision over judges and justices.

The CPIO meanwhile has the power to conduct lifestyle checks on CA, Court of Ta Appeals, Sandiganbayan and Shari’ah high court judges and personnel of lower courts.

On October 19, the SC announced the appointment of the members of the JIB. They are ret. Justice Romeo Callejo Sr. as chairperson; ret. Justice Angelina Sandoval-Gutierrez as vice-chairperson, and ret. Justices Sesinado Villon, Rodolfo Ponderada and Cielito Mindaro-Grulla as the board’s members.

Data from the SC PIO showed that from October 2019 to September 2020, one justice was fined, while two judges were dismissed and ten judges were fined. One judge was meted with forfeiture of benefits.

In 2016, then-Chief Justice Maria Lourdes Sereno earned the ire of President Rodrigo Duterte for raising concerns on the president’s disclosure of people on his supposed ‘narco-list’, which included judges.

“It would matter greatly to our sense of constitutional order, if we were given the chance to administer the appropriate preventive measures without the complications of a premature public announcement,” Sereno said in a letter addressed to Duterte in August of that year.

The Supreme Court initiated its own probe into judges that the president alleged were involved in drugs that same month.

Sereno was removed as chief justice in 2018 after her colleagues voted to grant a quo warranto petition by Solicitor General Jose Calida.  The petition was preceded by moves at the House of Reprsentatives to impeach her. — Kristine Joy Patag