Hollywood – Checking In On Where the Love Is Blind Couples Stand – E! Online

While they were one of the six couples to get engaged in the pods (well, at least the six that the producers decided...
More 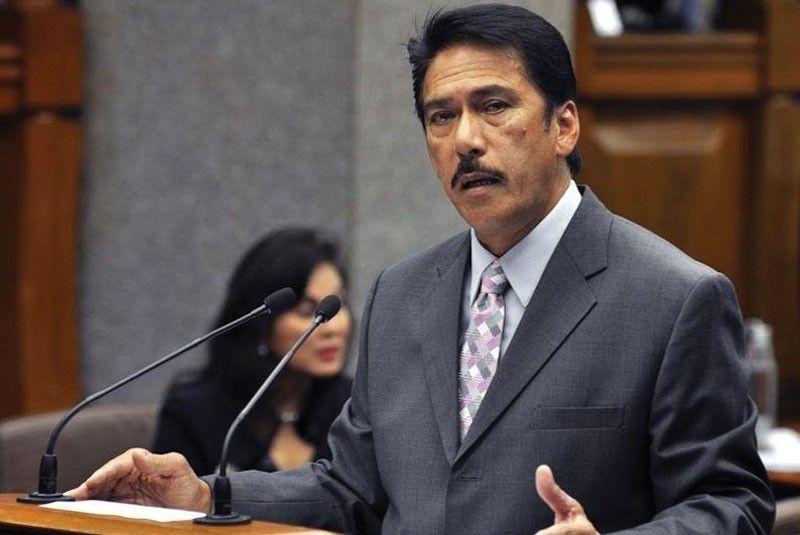 MANILA, Philippines — Charter change is likely to succeed at the Senate only if economic provisions are changed, but the chamber can address President Duterte’s concerns over the country’s party-list system through amendments to the law, Senate President Vicente Sotto III said yesterday.

Sotto proposed another way to address Duterte’s desire to rid Congress of what he believes were communist rebels while finally strengthening outdated economic provisions of the Constitution without it being politically divisive and having a good chance of succeeding.

He said he would file a bill on Monday to propose amendments to Republic Act 7941 or the Party-List Act to lay out the qualifications of party-list groups that may participate in the elections and exclude those seeking to overthrow the government.

“We could probably come up with a one-liner amendment to the Constitution through a constituent assembly or a joint resolution, and time (the passage) to the plebiscite for the people to agree in the 2022 elections,” Sotto said during the Kapihan sa Manila Bay media forum yesterday.

The one-liner amendment that Sotto was referring to is “unless otherwise provided by law,” which is to be added to economic provisions that limit foreign ownership of certain sectors to only 40 percent.

The Senate president said the amendment does not actually remove the limitation, but only allows Congress to do so when it sees fit through the enactment of an enabling law.

“But the Cha-cha that was more important is ‘character change,’” he added.

An attractive option in Charter change, according to Sotto, is to do it through the usual legislative route or like passing a bill – something that was nearly achieved during the 16th Congress, with the same simple one-line amendment, if not for a last-minute prohibition from then president Benigno Aquino III to the House of Representatives.

Convening a constituent assembly, the senator warned, could open up the Constitution to wholesale revision.

Sotto and Sen. Panfilo Lacson also chided the House committee on constitutional amendments for claiming that the constituent assembly was already convened, saying its chairman must review the law and rules.

“If we want to tinker with the Constitution, we had better make sure our rules and procedures are sharpened,” Sotto said.

“Whatever it is, they have to do it in plenary; otherwise, that is not the Congress proper,” he added, stressing that such statements will risk the issue being raised before the Supreme Court (SC).

“Last time we heard, the Congress of the Philippines is composed of the Senate and the House of Representatives,” Lacson said.

“Let’s forgive them for they do not know what they’re doing,” he added.

Speaker Lord Allan Velasco and key leaders of the House of Representatives have assured their counterparts at the Senate that they would not be ignored in the lower chamber’s move to amend economic provisions in the 1987 Constitution.

“We will vote separately,” Iloilo Rep. Lorenz Defensor, who sits as vice chairman of the House committee on constitutional amendments, declared at yesterday’s hearing as he and panel chairman Ako Bicol party-list Rep. Alfredo Garbin Jr. said they are now convened as a constituent assembly.

“The Senate can proceed with their own rules. We will vote separately from the Senate. We will not dilute their powers. If we adopt the same rules, then we will have no problems and sit down and have it approved,” Defensor said.

“We can sit separately and vote separately. Then we can sit on the bicameral conference committee to reconcile our conflicting versions,” he added.

Garbin, for his part, defended the committee hearing, where they act as members of a constituent assembly where constitutional amendments can be introduced through piecemeal legislation, pointing out that no less than framers of the 1987 Constitution allow such to be done.

He said Fr. Joaquin Bernas, retired SC justice Adolf Azcuna and even former UP dean Danny Concepcion have all agreed that there is “no need for prior act constituting itself” as a constituent assembly.

Meanwhile, independent lawmakers have expressed strong objections to the House’s move to amend the 1987 Constitution.

Both Lagman and Alvarez assailed the proposed inclusion of the phrase “unless otherwise provided by law” in Articles XII, XIV and XVI of the Charter to allow foreign ownership of land, educational institutions, public utilities and mass media companies and lift the 40-percent foreign ownership restriction on corporations.

Lagman argued that it is an “infirm or pseudo proposal” and “a mongrelized process because it effectively authorizes the Congress to make amendments by legislation in violation of the limited amendatory procedure prescribed in Article XVII of the 1987 Constitution.”

Alvarez also found RBH 2 problematic, even branding it as a “dangerous proposition.”

“As a lawyer, the phrase ‘unless otherwise provided by law’ is the most dangerous of them all. That means you are leaving to Congress any law that you want to enforce,” he argued during an interview with “The Chiefs” aired on One News last Tuesday night.

Taguig Rep. Alan Peter Cayetano, who is also a former speaker, had also earlier opposed the move, saying it should be pursued after the pandemic. – Delon Porcalla, Edu Punay, Emmanuel Tupas, Rhodina Villanueva