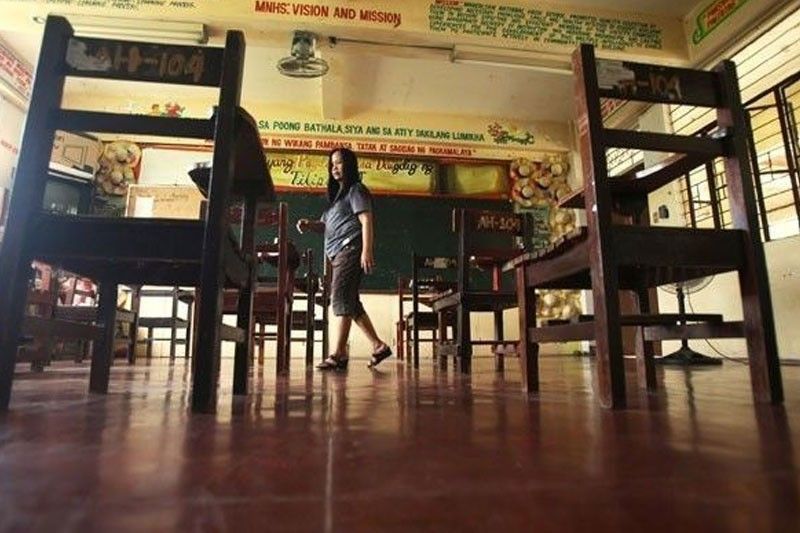 The UN agency underscored that its implementation requires a risk-informed approach to ensure that pilot schools for reopening consider safe operations, include the marginalized, and guarantee the wellbeing and protection of schoolchildren and their families.

Yesterday, Robredo also welcomed the move, saying she has been proposing the conduct of face-to-face classes in areas with no community transmission of the coronavirus disease since June.

“If they (government) were only open to suggestions, many students could have been assisted. If I’m not mistaken, I’ve been saying this as early as June. I told them to study (face-to-face classes) in areas without community transmission,” she said in her program over dzXL.

“But when it comes from me, they shut it down. We were insulted instead. But later on they will do it. What they don’t realize is whenever they turn down suggestions, the children become the victims, and not me,” she added.

President Duterte has given the green light to the proposal of the Department of Education to conduct pilot testing of face-to-face classes in areas considered low-risk for COVID-19.

Last week, presidential spokesman Harry Roque said the face-to-face classes will not be compulsory but rather voluntary on the part of the student or parents.

UNICEF stated that completely shutting down schools nationwide is not the only option for countries contending with the pandemic.

It cited a review of the current evidence showing that while there are still risks, in-person schooling does not appear to be the main driver of spikes in COVID-19 infections.

UNICEF said further that “these risks can be minimized with proper infection prevention and control measures.”

UNICEF noted that the resumption of face-to-face learning requires a number of policy measures and clear guidance at the national level, some of which the government has already outlined.

This includes implementation of a communication plan with schools and community members, continuous testing, use of masks, hygiene promotion and access to functioning water, sanitation and handwashing facilities, social distancing, transportation to and from school, disinfection and ventilation of classrooms, safe food preparation, proper waste disposal and prevention of stigma and discrimination.

More than 22 million Filipino children are enrolled this school year, availing themselves of education services through different distance learning modalities.

However, UNICEF emphasized that distance learning must be understood as complementary to, and not a replacement for, face-to-face learning.

“This is especially true for learners who have no access to the internet or technology and whose parents and caregivers are unable to provide active home-based support,” UNICEF said. “The longer children are out of school, the less likely they are to return, which also places them at heightened risks for physical, emotional and sexual violence, exploitation and abuse.”

UNICEF also called for teachers to be prioritized as recipients of the COVID-19 vaccine when it becomes available in the country.

“Affording teachers protection from community transmission of COVID-19 is a critical step to provide education for all, especially the most vulnerable children,” it said.

In her radio program, Robredo said there are places in the country with no local transmission of the virus as early as March when the pandemic was declared.

“From March to December, there are areas which recorded one or two cases but they are LSIs (locally stranded individuals); they have no transmission locally,” she said.