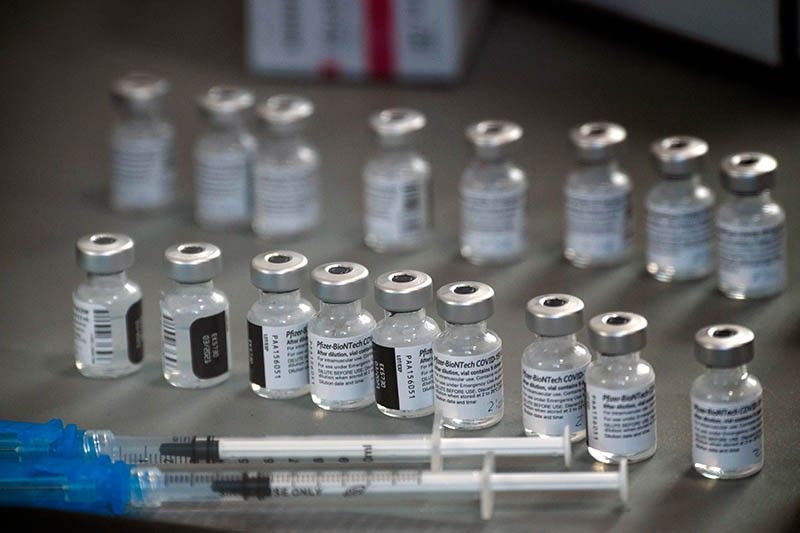 MANILA, Philippines — The confidentiality disclosure agreement (CDA) signed by the Philippine government and American drugmaker Pfizer did not include supplying the Philippines with doses of the firm’s coronavirus vaccine, the Department of Health said Friday.

Foreign Affairs Secretary Teodoro Locsin Jr. earlier said that 10 million doses of Pfizer’s vaccine could have been shipped to the Philippines by January but “someone dropped the ball.”

The country’s top diplomat was referring to Health Secretary Francisco Duque III after he failed to work on the CDA, Sen. Panfilo Lacson said. A CDA is a preliminary document that allows clinical data sharing.

But Duque, who has faced several calls to resign amid the DOH’s handling of the COVID-19 crisis, has denied that he botched negotiations with the pharmaceutical firm because talks are still ongoing.

(I completely, unequivocally deny that. In the first place, I did not know about that 10 million doses. They did not send a letter that Pfizer has that kind of commitment.)

Duque said that the CDA he had signed with Pfizer on October 20 only allowed the company to share data about its vaccine candidate.

Undersecretary Maria Rosario Vergeire also said the CDA that was signed in October was only for initial data sharing “so we can start agreements.”

(That CDA did not include operational details, technical details. There were no details about doses, which period and deliveries.)

In an earlier statement, the DOH said that while it wants to expedite the process, “there are systems and protocols in place, and we cannot cut corners.”

“From the time the DOH was instructed to sign on behalf of the Philippine government, the DOH legal and technical teams worked closely with Pfizer to finalize the agreement and negotiate on several contentious provisions. After a thorough review process with the concerned agencies, including the Office of the President, the Confidential Disclosure Agreement (CDA) was signed the same day it was finalized,” it said in a statement Wednesday.

The negotiations with Pfizer, whose vaccine was found to be more than 90% effective in preventing people from getting COVID-19, are still ongoing, Duque said.

Coronavirus vaccine czar Carlito Galvez Jr. earlier said that Pfizer’s vaccine may arrive in the country by the third quarter of 2021 at the earliest. Wealthy countries have already ordered and paid for doses of Pfizer’s goods.

US biotech companies Moderna Therapeutics and Arcturus Therapeutics expressed willingness to supply the Philippines up to 25 million doses of their COVID-19 vaccines starting the third quarter of 2021 should the government find their proposals acceptable, Jose Manuel Romualdez, the country’s envoy to Washington, said.

The government is aiming to inoculate 24 million Filipinos by early next year. But so far, the country has only been able to secure 2.6 million doses of coronavirus vaccine developed by British-Swedish firm Astrazeneca through the funding of the private sector. — Gaea Katreena Cabico