Errol Spence Jr. knows why the stakes are so high for Saturday's fight against Danny Garcia.As much as the bout at AT&T Stadium...
More 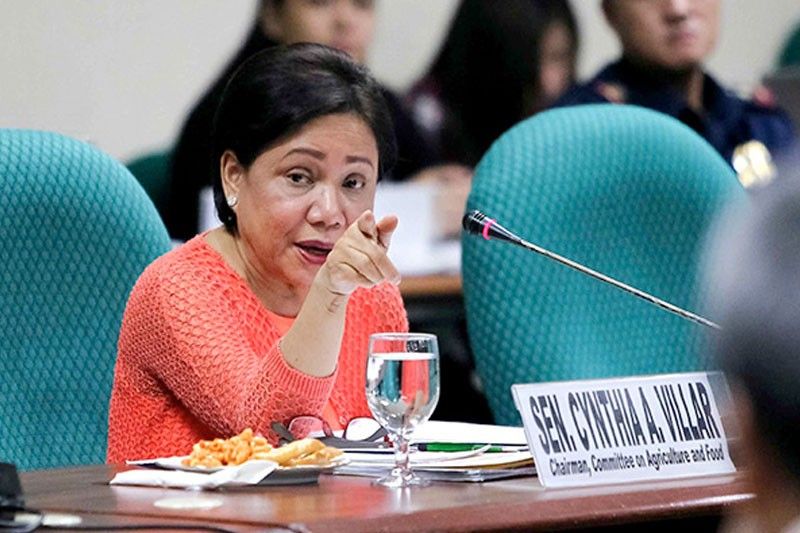 MANILA, Philippines — Sen. Cynthia Villar called on the Department of Foreign Affairs (DFA) to register all household staff members of Filipino diplomats with the Philippine Overseas Employment Administration (POEA) and ensure their membership with the Overseas Workers’ Welfare Administration (OWWA) to enable better protection for all domestic workers.

Villar issued this call in light of the alleged maltreatment of a domestic worker brought to Brazil by Philippine Ambassador Marichu Mauro. The senator’s office checked with the POEA and OWWA and found out that neither of the two agencies have any record of the employment of Ambassador Mauro’s domestic worker.

“Since our laws have clearly given the task of regulating overseas employment to the POEA and the care for the welfare of OFWs to OWWA, then this should also fairly apply to workers brought by ambassadors and other foreign service personnel to work in their residences abroad,” the senator said.

Villar said she doesn’t see any need for a law to be passed to institutionalize the new system because there are no private recruitment agencies involved, and the employers and workers are both Filipinos.

“Under POEA rules, diplomats are allowed to directly hire domestic workers, but their contracts still need to be registered with the POEA. Why was this not followed in the case of Ambassador Mauro? Or is this being followed at all?” she asked.

“I hope that the DFA and the DOLE (Department of Labor and Employment) can just meet and discuss how to use existing laws and mechanisms to ensure the protection of domestic workers brought by our ambassadors to work overseas,” the senator said.

She noted that the video leaked to the Brazilian media clearly showed acts of physical abuse committed by the ambassador against her domestic worker.

“Perhaps such acts of physical maltreatment and intimidation can be prevented with the participation of the POEA and OWWA in the hiring and deployment process to ensure a more transparent, professional and welfare-driven approach in the treatment of domestic workers under the domicile of Philippine diplomats,” Villar said.

She noted that domestic workers overseas are entitled to scholarship benefits for their dependents as well as insurance and livelihood assistance as OWWA members. They also undergo mandatory pre-departure orientation seminars to enhance their knowledge about workers’ rights.

“Why are the domestic workers of our ambassadors not even OWWA members? They should also be entitled to the same benefits as that enjoyed by overseas domestic workers hired by foreign employers,” Villar said.

Meanwhile, Villar lauded the Office of the President for its swift action on the request of the DFA to investigate the incident.

“This paves the way for an immediate, impartial investigation into the matter. I hope that the DFA will be very thorough in its investigation and even consider sending a team to Brazil to gather all the necessary evidence and testimonies needed to resolve this case,” Villar said.