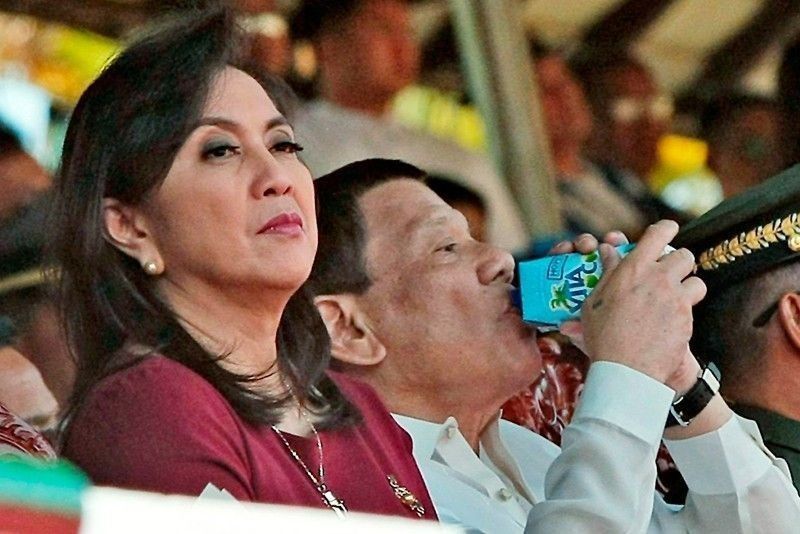 It came after President Rodrigo Duterte last week said women are not fit to become president, in telling his daughter Davao City Mayor Sara Duterte to not run to succeed him in 2022.

Such comments are familiar to how Duterte arrived in the political playing field in the elections in 2016. He had repeatedly said he would not run after mounting speculation, only to jump in the race late, top the surveys and eventually secure Malacanang from being a local chief executive.

Results from a Pulse Asia survey last month showed the president’s daughter as voters’ early pick in the elections set 16 months from now, where Filipinos will make the crucial choice of who would lead the country into a hopeful recovery from the pandemic.

(It’s statements like this by the president that have an effect on the values we believe in: that we hold women in high respect.)

Robredo rejected the view that women are not meant for higher posts, citing significant success of women leaders in battling the coronavirus crisis in their respective countries.

The country’s No. 2, who has been at odds with the administration, said Duterte as president bears the responsibility “to be circumspect” with what he says as his comments bear a huge impact to people.

(He is not an ordinary individual that only those who hear are affected. The president’s view has an effect not only on Mayor Sara or me or any other women leader but on all of us.)

The president’s recent comments had not sat well with social media users, including women lawmakers.

Sex jokes as a form of violence against women

Opposition senator Risa Hontiveros over the weekend wrote on Twitter: “Filipino women have endured and overcome more than his presidency, and we will help take it back for a more worthy administration.”

Duterte has had a long record of remarks hurled against women that many deemed as sexist and derogatory, and his sex jokes described by the human rights commission as a form of violence against women.

Despite the backlash he has received from it, the Palace conceded that such is already ingrained in the president, and at 75, is no longer likely to change.

In June of last year, a gender adversity study revealed that a prevailing culture of misogyny is one factor in why women in government continue to be underrepresented.

The president’s remarks are no help in addressing the issue, said one journalism professor from state-run University of the Philippines.

“I think it’s expected because the way he treats women and the way he would put across comments about them, mas mahirap na mag-demand ka,” said Ma. Diosa Labiste in a report by the STAR. “What would you expect from a president like that?” — Christian Deiparine

Rock act Plethora performs "Keep the Faith" live on the Wish 107.5 Bus! The gospel track is about being steadfast in faith and having...
Read more